The best May forex seasonal trades #2: Miserable May in the commodity bloc

Trading on seasonal patterns alone is a recipe for ruin but they’re another tool in the forex trading toolbox. The past few months, including April, showed the value of trading seasonals so long as you keep a close eye on the risks. For May, three trends stand out.

#2: May is a bad month for commodity FX, especially lately

April is the best month of the year for AUD, NZD and CAD but the trend reverses in May. Over the past 30 years, on average it’s the second worst month for AUD & NZD and the third worst month for CAD.

What’s more interesting is the trend within the trend. The seasonal weakness in the trio has been severe since 2010. The average loss in that time is 3.2% for CAD, 4.9% for NZD and a whopping 6.4% for AUD. 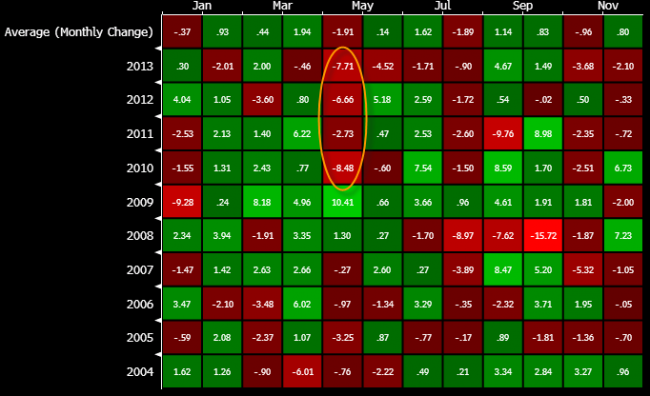 What’s especially interesting about the Australian dollar this year is that it’s followed the same rough outline as 2013, with a an interim low in early March and a high in mid-April. It was around this time last year that AUD/USD embarked on a two-month, 13-cent plunge. 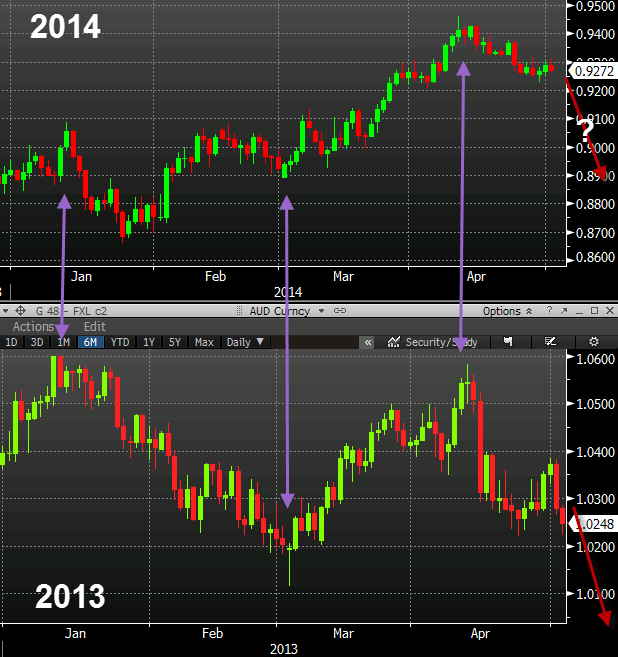 Unfortunately, the fundamentals don’t line up for that kind of fall once again unless China blows up. Still, some global economic jitters, housing problems or simply a soft round of economic data might be enough to spark a meaningful fall in the Aussie. There’s certainly some indications in the CFTC positioning data that show AUD longs getting a bit crowded.