The breaking point for oil is the break-even point

What's the cost of getting it out of the ground? 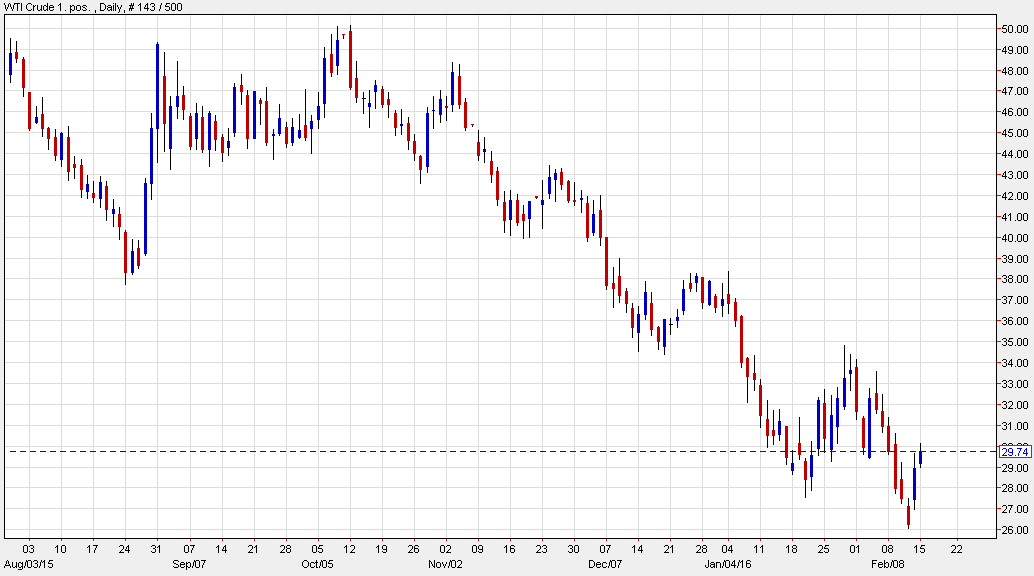 We know there is more oil production at the moment than demand. There are two ways to resolve the problem: increase demand or cut production.

The world isn't rushing out to buy gas-guzzling automobiles because prices are low and global growth is only edging higher to increase demand.

That leaves the supply question. Exploration has been curtailed but production hasn't slowed. When will it slow? When it's not profitable.

Wood Mackenzie released a report last week that said less than 4% of global supply is unprofitable at prices below $35 per barrel. The cited up-to-date analysis of 10,000 oil fields.

"Curtailed budgets have slowed investment, which will reduce future volumes, but there is little evidence of production shut-ins for economic reasons," Wood Mac's vice president of investment research Robert Plummer said in a note. "Given the cost of restarting production, many producers will continue to take the loss in the hope of a rebound in prices."

The biggest losers, they say, are Canadian and Venezuelan oil.

So the question isn't whether or not to sell oil, it's when. I think the squeeze from Friday and today may extend as the US returns tomorrow but there will be a fresh chance for shorts this week.