Saudi Arabia sounds like it wants a price war 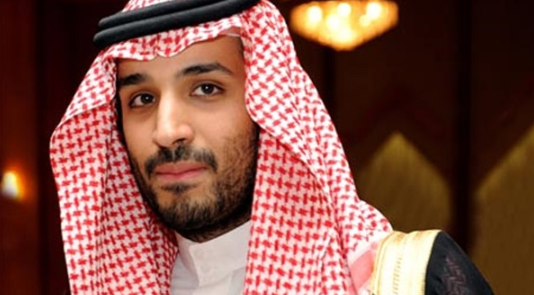 If oil producers announce a freeze on Sunday, it won't include Saudi Arabia.

The latest comments from Saudi Price Mohammed bin Salman make a deal highly unlikely. He said Saudi Arabia will not agree to a freeze unless Iran does the same. Iranian leaders aren't even attending the summit so there's no chance they will participate.

The Price is also the chairman of the Supreme Council of Saudi Arabian Oil Co.

Then, he went even further.

"If we don't freeze, then we will sell at any opportunity we get," he said.

He said production could rise to 12.5 million barrels per day from 10.2 mbpd in six to nine months "if we wanted to."

In the longer term, he said production could rise to 20 mbpd if they invest.

The rhetoric is bizarre because the production freeze is just a public relations exercise anyway. Everyone at the meeting is producing at full-tilt with no plans to ramp up production. There's also a long-term OPEC tradition of agreeing to quotas only flout them.

The comments from bin Salman sound as if he wants a price war. Maybe he sense weakness from US and other producers and thinks Saudi Arabia will be better in the long-term if they crush them now.

At best, the other producers could announce a token deal without Saudi Arabia but with this rhetoric, I have to believe that oil is headed back to the $20s.

At the moment, there is no need to rush to judgement -- maybe this rhetoric from bin Salman is a bluff -- but Sunday is going to be awfully interesting.