The middle ground is being abandoned

This chart terrifies me. It clearly shows something that people everywhere are feeling: The center is collapsing and people are moving to the extremes. Combine that with endless righteousness, hypocrisy and whatever social media has done to us and you have a toxic potion.
The chart is of the US but it might as well be Germany where the grand coalition that made Merkel the most-successful politician this millennium is collapsing. 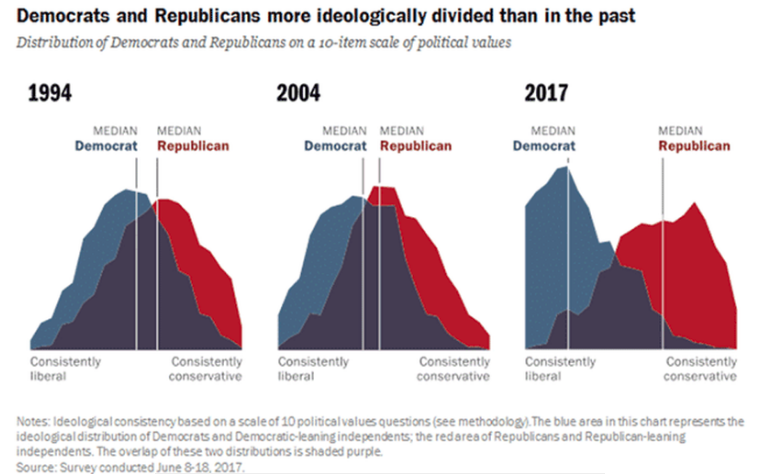 When I look at the long timeline of history, liberal democracy is a blip on the radar. Centuries were dominated by monarchs and despots.
Even the 20th century saw the rise of fascism. I think that era disciplined democratic opponents and made them inclined to work together because the common enemy was dictatorship. In a short time that lesson has been forgotten and democracy itself has turned into a parody of itself. I can't help but believe the inability to compromise will be the undoing of centuries of struggle for the vote.