Six quotes explain why Brainard is adamantly against hiking rates 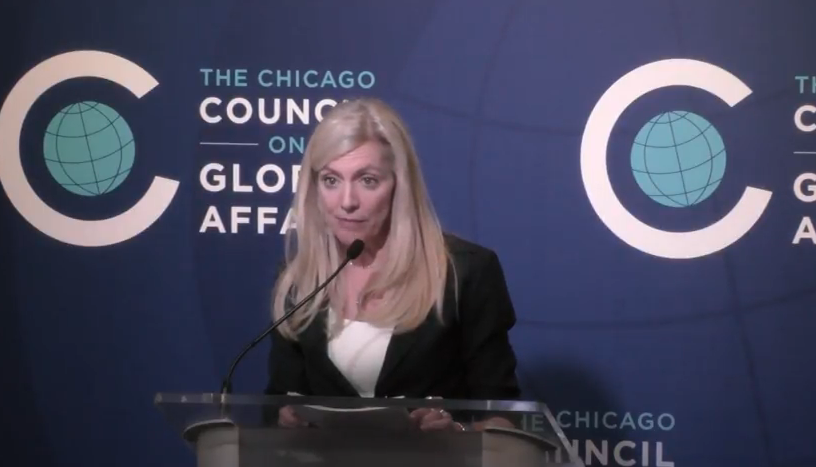 1) "My main point here is that in the presence of uncertainty and the absence of accelerating inflationary pressures, it would be unwise for policy to foreclose on the possibility of making further gains in the labor market."

This one says it all. Show me inflation or better growth first. I'm not taking it on faith that we can't make things better before reigning in.

2) "The apparent flatness of the Phillips curve together with evidence that inflation expectations may have softened on the downside and the persistent undershooting of inflation relative to our target should be important considerations in our policy deliberations. In particular, to the extent that the effect on inflation of further gradual tightening in labor market conditions is likely to be moderate and gradual, the case to tighten policy preemptively is less compelling"

Inflation is her key point. She doesn't see it and neither do market participants or consumers. So what's the rush to hike?

3) "Disinflation pressure and weak demand from abroad will likely weigh on the U.S. outlook for some time... The fallout from adverse foreign shocks appears to be more powerfully transmitted to the U.S. than previously."

Translation: We're in a disinflationary world. And troubles abroad are more likely to hurt the US than ever.

4) "It appears increasingly clear that the neutral rate of interest remains considerably and persistently lower than it was before the crisis."

5) "From a risk-management perspective, therefore, the asymmetry in the conventional policy toolkit would lead me to expect policy to be tilted somewhat in favor of guarding against downside risks relative to preemptively raising rates to guard against upside risks... The experience of the Japanese and euro-area economies suggest that prolonged weakness in demand is very difficult to correct."

Translation: If we're late hiking, it's not a big deal. But if we hike too soon, we could be making a massive mistake.

6) "I look forward to assessing the evolution of the data in the months ahead for signs of further progress toward our goals."

This is the last line of the speech. She's saying that it will take her 'months' to get over her concerns and she's not even thinking about hiking rates until year-end.

This is a declaration of war against the hawks. She doesn't even entertain the idea that the economy is ramping up and inflation is coming. Instead, she hammers away at the reasons for keeping rates low.

For more on Brainard see:

For more Fed talk and analysis, sign up for a free webinar I'm doing Sept 20 with Ashraf Laidi. The details are here.