Several charts on the verge of breaks

Measures of stock market greed are at extremes so now isn't the time to be talking about risk-positive explosions in anything but optimism is undoubtedly in the air. Yes, many equity markets are +20% in the month but I was just out shopping at lunchtime and couldn't get in a store.
The Federal Reserve is the ultimate driver of the market and zero percent rates make everything a winner when it's combined with insane government spending and a vaccine.
One spot we're not seeing the same level of enthusiasm yet is in foreign exchange. That's understandable, long-term portfolio flows are slow to move and it's early days.
But I want to consider a few charts that look like they're setting up for big moves. The first is today's biggest mover:
1) AUD/JPY
This looks like a huge head-and-shoulders pattern with a smaller head-and-shoulders pattern within it. 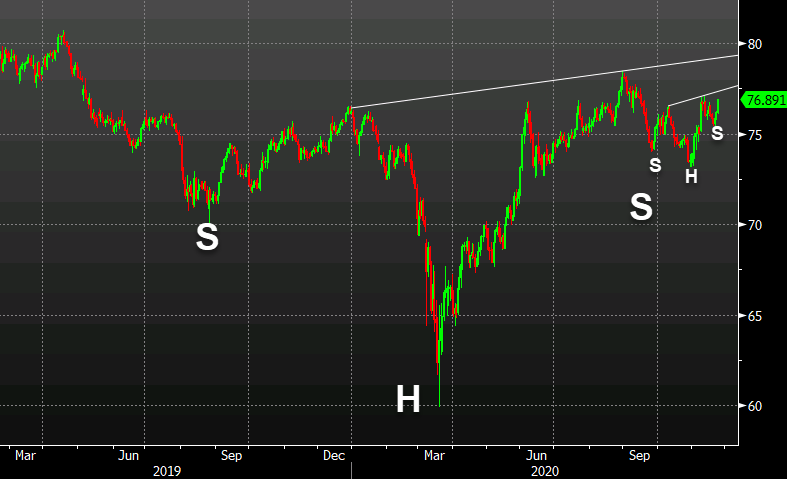 The measured target on that is 95.00 and that only brings it back to 2015 levels. If there's a reflation trade, Australia is going to be a place that feels it.
2) USD/CAD
This is a different look at the same kind of trade. Canada will benefit from a rebound in global growth and trade. If oil prices surge -- which I expect because of ultra-low investment in new supply -- then this one could give Macklem some real headaches. Technically, there's a major double-top and support at 1.3000 is in danger of giving way. The measured target of the top is just above 1.10. 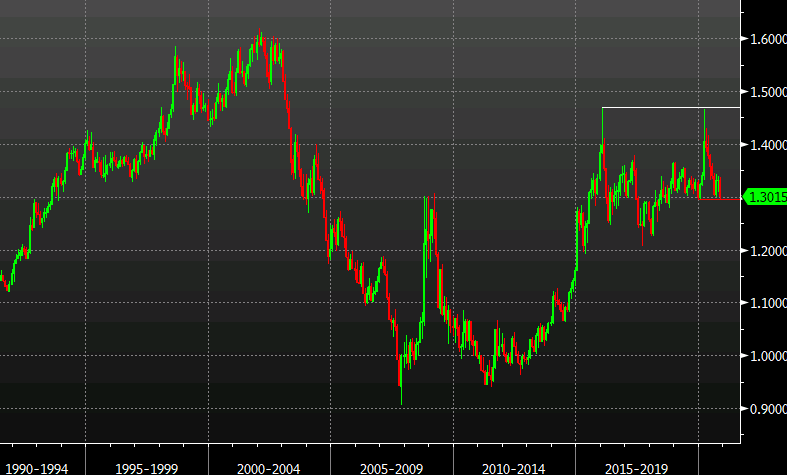 3) GBP/CHF
This is another risk proxy but also includes Brexit and the SNB selling its own currency. Unlike the others, the long-term chart doesn't show an imminent move but there's a good case for buying this pair at historically-depressed levels. Is this in the process of bottoming? 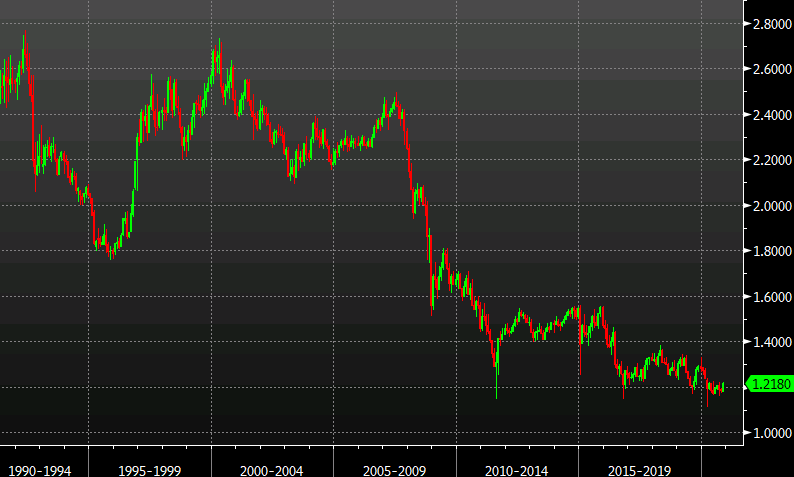 Others to look at are emerging market currencies, which are primed for some of the biggest moves. I've been banging the desk on the Mexican peso for months and that remains a good option but others -- RUB, BRL, COP -- are very compelling.