A record number of contracts went to delivery yesterday

It's tough to estimate the impacts of the physical gold trade on price but it's been undoubtedly a massive headache and opportunity.
The logistics of the gold trade got very interesting after Swiss refineries shut down and normal air transport methods were disrupted. That created a mismatch between futures and physical prices.
In addition, physical demand appears to be soaring. According to Bloomberg, demand for physical delivery at futures expiration yesterday was the highest on record. 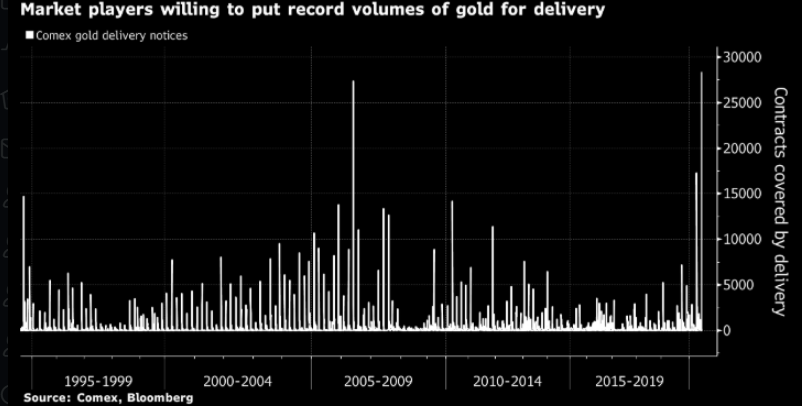 It's not clear how much of the moves were exacerbated by arbitrage opportunities or mine shutdowns. However the result has been a massive flow of gold into the US. From Bloomberg:

Since late March, some 550 tons of gold -- worth $30 billion at today's price and roughly equal to global mine output in the period -- have been added to Comex warehouse stockpiles.

This appears to be the main reason:

When planes were grounded and Swiss refineries closed in late March, traders were worried they wouldn't be able to get gold to New York in time to deliver against futures contracts. That caused futures, which typically trade in lockstep with the London spot price, to soar to a premium of as much as$70an ounce.

That created an opportunity for enterprising traders: buy gold somewhere in the world at the spot price, sell futures, and benefit from the difference by shipping the metal to New York.

If it was just arbitrage, then it doesn't say much about overall demand but it's certainly something to ponder as gold rebounds from the dip at the start of the week. My belief is that when you get dislocations like this it tends to scare away market participants and that's negative, at least until the dust settles. 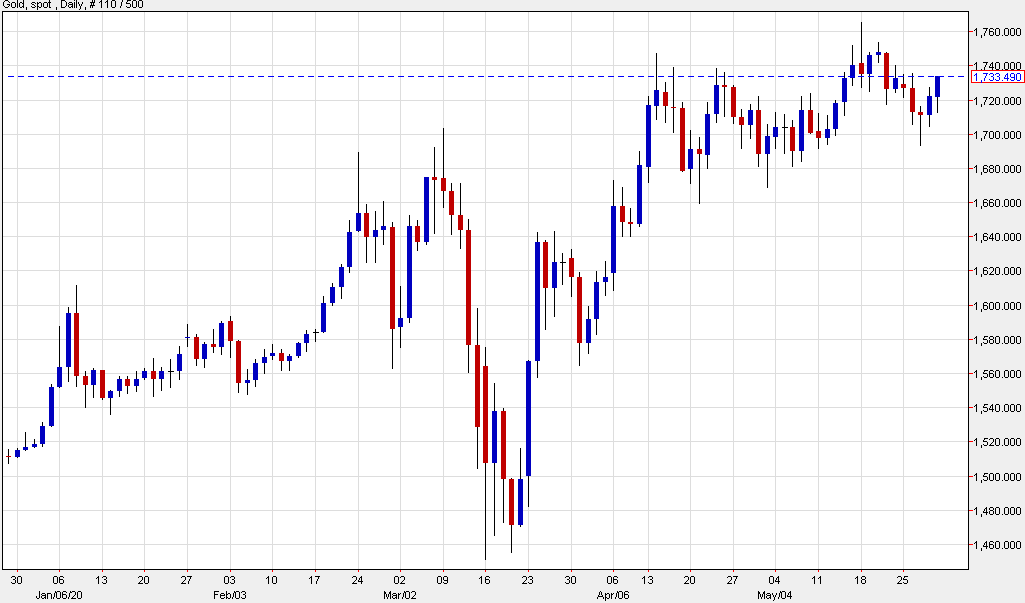 That's not the end of it either, as some gold trading firms now plan to leave Comex altogether.
See here for global coronavirus case data