The problem with Terry McCrann

Stop pretending central banks tell you what they’re going to do beforehand. 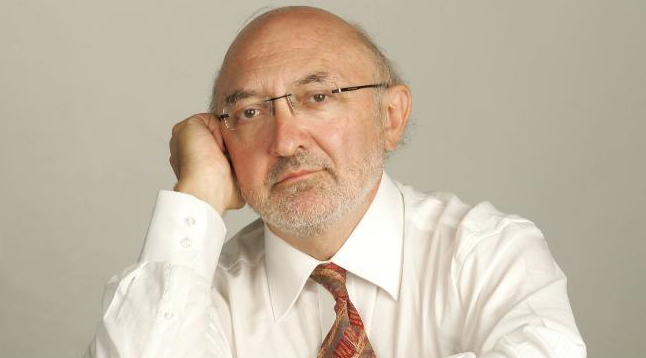 Terry McCrann gazing onto ForexLive on his computer screen

The problem as ABC writes was that “McCrann’s article reads as though he’s received the inside running, like one of the RBA’s stable hands has tipped him off that the race result is fixed.”

I had the same take and a day later McCrann — no doubt after a sleepless night worrying about how he would be skewered if his guess was wrong  — backtracked and called his column “my prediction”.

As it was, McCrann turned out to be right on a decision that was a coin flip. He decided to take a victory lap today by taking some cheap shots at me and ForexLive. Fair enough, if someone has a central banking column in a national newspaper and they have the space to insult me, then they don’t have anything worthwhile to say.

Then his column descends into irony on two levels. First he goes on to make a prediction in the same column: “it would take a shock to see another (cut) in March.” Second, predictions are harmless to markets, but pretending you have some kind of inside information is unethical and preys on market participants who don’t know McCrann’s track record.

Here are some highlights of his ‘predictions’ in the past:

Feb 6, 2012 – McCrann confidently calls for a rate cut the next day (it doesn’t happen)

The real gem is the one he points to in today’s victory lap about me.

The funny thing is that I noted that prediction at the time, but also noted that it was a layup and he also doesn’t relay that he comically mulled a 35 basis point cut at the time.

McCrann boldly predicts rate cuts every month and his track record is brutal. This month it’s a layup with the market pricing in a 100% chance of a cut with a 32% chance of a 50 bps cut yet somehow he continues to embarrass himself with speculation about a 35 bps cut.

WSJ Fedwatcher Jon Hilsenrath is a less-egregious example. He may have had a contact in the media department at the Fed in the Bernanke era, at least for a time. But Yellen cleaned house and put a stop to it, yet he continues to wear it and tease with ambiguous lines that let people believe he knows something when he’s guessing. But at least he doesn’t cross the line that virtually declares inside information like McCrann.

So maybe McCrann knows someone in the back office staff at the RBA and gets a sense of what the researchers think. His track record argues against it but if he does, two things should happen. 1) McCrann should say it, there’s no reason to hide it if it’s true. 2) The RBA should clamp down on it, because that’s a bush league way to run a modern central bank (looking at you too Draghi).