The winners and losers of the European Parliament elections 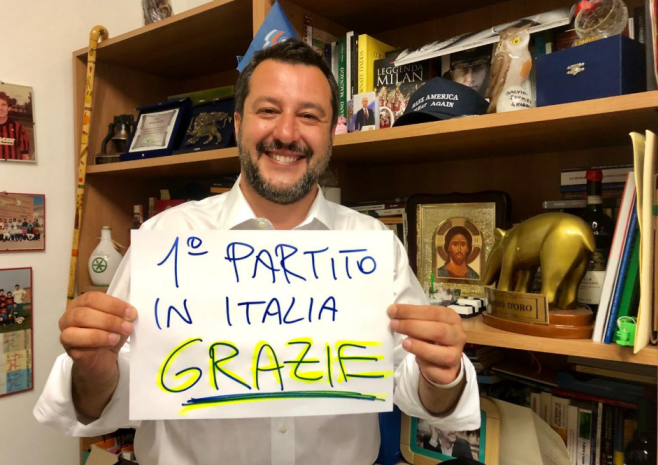 ForexLive
Matteo Salvini's Lega party is among the key winners in all of this as they come out tops in Italy, winning about 30-35% of the vote thus putting them as the leading party in the country. The center-left Democratic Party should come in second place ahead of Salvini's coalition government partner, Five Star Movement.
It's a stark contrast to the general election seen last year with Lega finishing with just 17% of the votes while Five Star Movement clinched 32% of the votes. In essence, it's a complete switch around for the two parties.
The other big winner this year is Marine Le Pen's National Rally party as they beat out Emannuel Macron's Renaissance alliance in a stunning victory in France. Le Pen's National Rally is expected to claim 24% of the votes to narrowly beat out Macron, who is projected to have 22.5% of the votes.
Meanwhile, in the UK, Nigel Farage's Brexit Party dominated as they steal about 1/3 of the votes leaving the Tories and Labour parties way behind. That comes as no surprise as we've known for weeks now that support for the Tories and Labour has waned in the wake of the never ending Brexit fiasco.

So, what does this all mean?

In short, the implications for the results have more bearings on a domestic/national level rather than European Parliament decisions as a whole. All parties will be looking to gather allies now to try and increase their power grasp but they will still fall short of upsetting the current establishment/order regardless.
Salvini has talked up an alliance with Le Pen and Farage but in total they will only gather about 70-75 seats or so and that's not even anything close to challenging the existing EPP and S&D alliances. That said, there is no doubt that change is coming.
It is the first time since 1989 that EPP's total vote percentage is going to fall below 25% while S&D support is at its lowest since the first direct elections in 1979.
However, it is going to take many more years before populists and the Greens get their chance to grab a seat at the table. But for now, their foot is already in the door and they are working their way towards that seat.
It's a significant change in European political and social sentiment but this is just the beginning, so look forward to more of this in the coming years. And that poses an outside risk for the euro in the longer-term.
For now, we can expect more political shuffle and potential uncertainty. One of the more immediate focus will be on Italy as Salvini could look to cut ties with Di Maio's Five Star Movement and trigger a general election again.
It's a bit too soon to jump to any conclusions and both parties have said that they will continue to work together as a coalition government but we all know politicians... Salvini's probably sharpening his knife already.