There are three types of US election polls. Add them up and a blowout is increasingly likely

What is going to happen next Tuesday 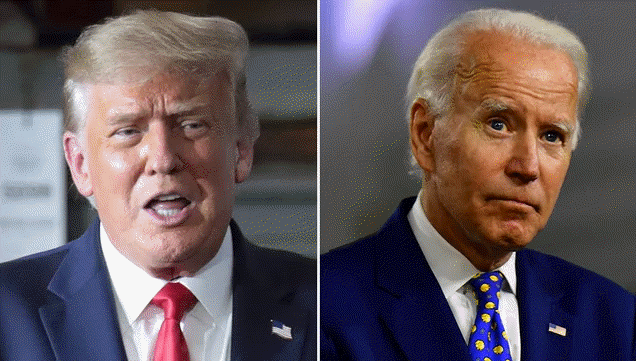 We're in the home stretch of the US election now and worries are high. Equities are getting hit hard today as market participants head to the sidelines on the combination of uncertainty around the vote and fears about an explosion in virus cases.
It's time to dig into the polls. If you look at betting markets, the odds of a Biden win are around 65% and the odds in the Senate are about 55% for Democratic control. I'm increasingly convinced that a blue wave is coming.
The market is watching three kinds of polls:
1) National polls 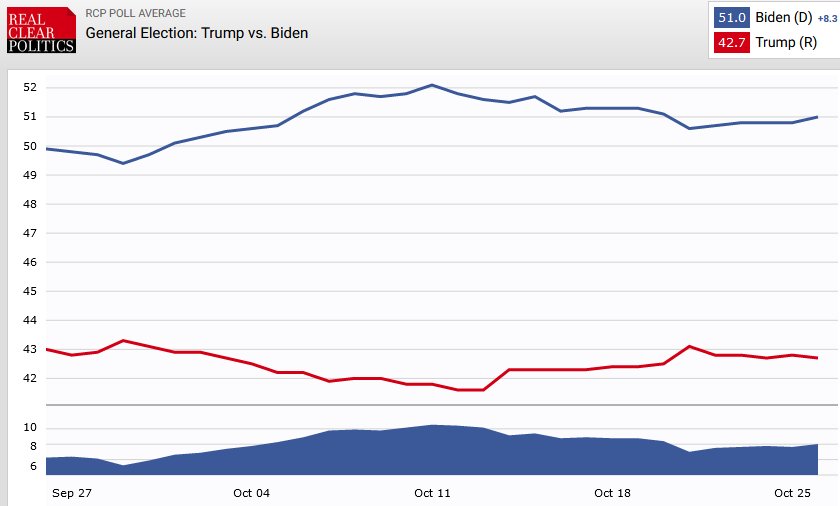 These polls have been steady since Trump's dip after the President got coronavirus. Even in the most-recent polls, there is no sign of momentum for Trump. IBD/TIPP is one of the few firms that forecast his win in 2016 and they have it at 52%-45% for Biden. There's always some variance but there's no sign of any last-minute momentum in either direction.
2) State-level polls
The electoral college means that you need to win the right states, not the national vote. Trump lost to Clinton by 2.1 percentage points after Clinton polled +3.2 in the final polls but he crushed her in the electoral college. The key states are Florida, Pennsylvania, North Carolina, Michigan, Wisconsin and Arizona.
Here too there is little sign of a shift in momentum but there's a clear path for Trump to win. He almost-certainly needs to win all of Florida, Pennsylvania and Arizona but could afford to lose Wisconsin and Michigan so long as he wins North Carolina.
So his most-likely path to victory is along with current polling averages:
Trump has polled a tad better in those states in the past 10 days and if you combine a polling error because of shy Trump voters and incumbency bias, then it's possible. But remember, he likely has to run the table on all four.
Still, it's at least plausible that he wins and if it's even close that implies that Democrats will have a difficult time winning the Senate.
3) District-level polls
The canary in the coal mine in 2016 were district-level polls. These are less-frequent but they give you a good sense of what's happening in a small pocket of the country. In 2016, they showed a decided shift away from Clinton in the final weeks. This time around they show a larger Biden lead than either the national or state polls. They imply a rout.
Brandon Allen put out a spreadsheet of nearly all the district polls since the pandemic and compared them to 2016 votes. In 151 of the 157 districts, Biden is ahead of what Clinton actually got. In more-recent polls, it's not even close: 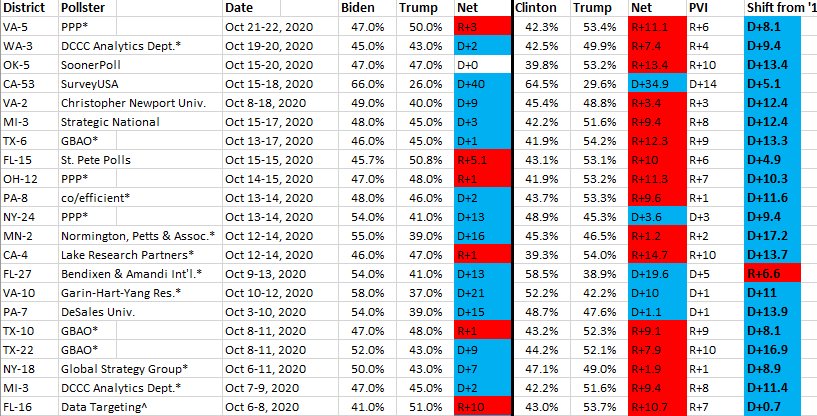 My growing belief is that pollsters are still feeling the sting of getting 2016 wrong and have over-corrected, making Trump seem closer than he is. Also notable is that there are far fewer voters indicating that they're undecided or voting for third parties. Those swung to Trump last time and they simply don't exist this time.
If I'm betting, it's that Biden outperforms his polls.
What does it mean for markets?
I think a big blue wave is less positive for risk assets than a small blue wave. +53 Democratic Senate seats raises the odds that a corporate tax hike is delivered in the first two years.
At the same time, the net is still good for global risk assets because it ensure a strong US fiscal response. Particular beneficiaries will be MXN and CAD. For the loonie, I think the impulse will be that Biden will hurt Canadian oil but he's going to do more damage to US oil with regulation on venting and flaring. Ultimately, I think oil is setting up for a stunningly good trade in any scenario because of massive under-investment. For almost all assets, I think it's a good outcome if only because markets prefer stability. The virus is obviously going to be a big problem for the next four months but equities have shown they can look through it and towards a world of ultra-low rates and ultra-high spending. That's a powerful mix that will weaken the US dollar and spark a big bid in gold.
I'll have much more on trading these scenarios (and the risks that I'm wrong) in the coming days.

via Patrick Murray
For bank trade ideas, check out eFX Plus