This is the era of asset-price inflation (or a bubble)

Ben Bernanke's theory was that QE would create inflation.

The problem is that it only created asset inflation. In his model, that would mean more money into productive investment and in the long-run that could prove to be true, but in the short run everyone is crowding into assets -- stocks, junk bonds, housing.

There's no need to invest beyond that because they keep going up.

Ultimately, that's fine if prices level out and that money goes to work because assets are no longer performing. The risk is that central bankers over-inflate assets and rather than a long flat period, there is a rapid correction.

This chart, from Stephen Jen, is doing the rounds and it argues that asset prices are unsustainably high. 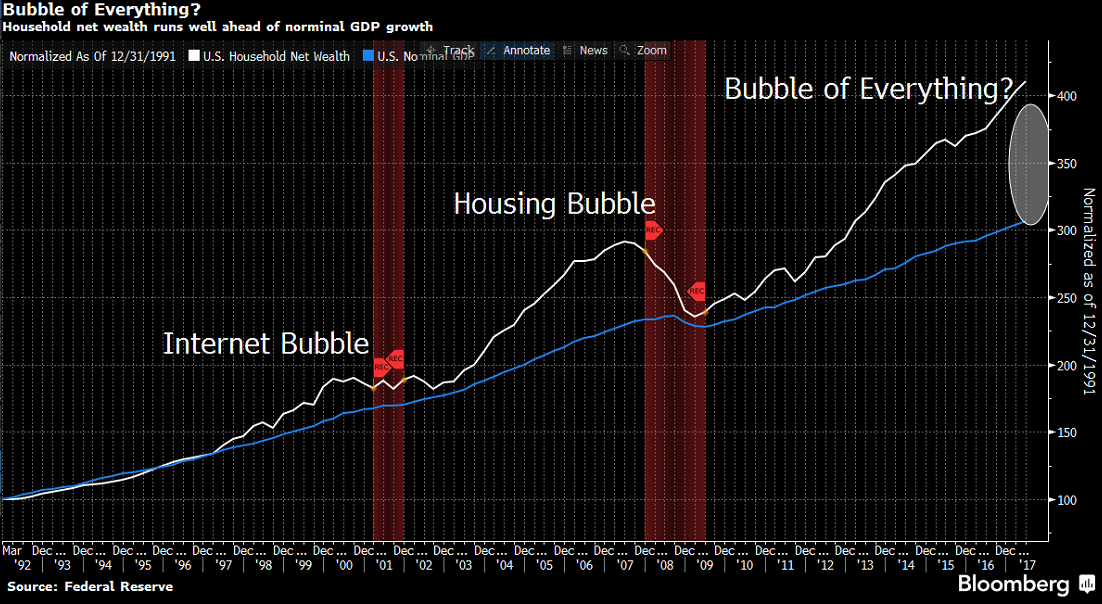