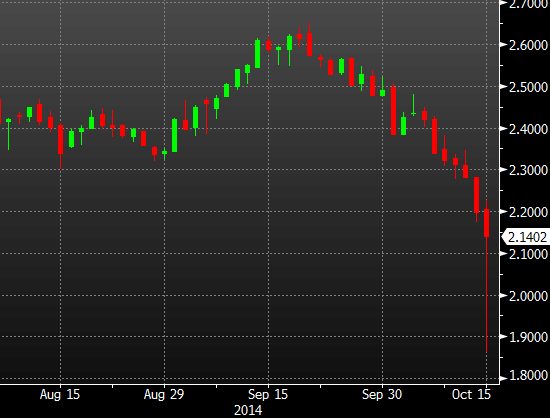 Five years ago today no one had any clue what was happening.
One of the great market mysteries is what happened to bond markets on this day in 2014. The US 10-year yield had been in a downtrend for a month then suddenly gapped down to 1.88% from 2.14%. It later completely recovered in a record day for volume.
It all took place between 9:33 am ET and 9:45 am ET. A few hours later nearly $1 trillion in bond trades went through in the largest-even volume event. 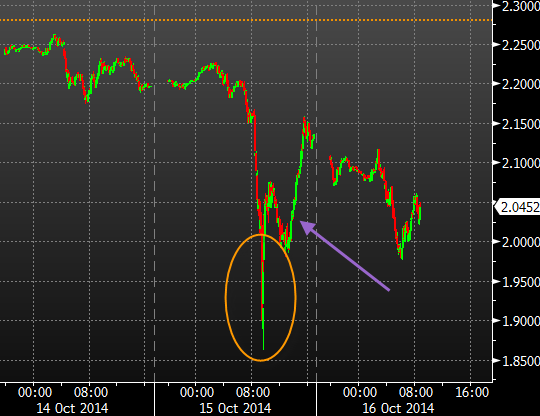 Moves like this in the $16 trillion US government bond market are unheard of and led to an interagency staff report on the events of that day, an annual series of Treasury market conferences, additional study of clearing and settlement practices, and the introduction of a new transactions reporting scheme, according to the NY Fed.
The report ultimately left just as many questions as answers in a series of attempts at an explanation (directly from the NY Fed report):
Perhaps the lasting legacy of the event came a day later when the Fed's Bullard hit the panic button and said the Fed should consider a delay in ending QE. That sparked a massive rally in risk assets that lasted for weeks.