NHK reports on the latest virus situation in the Japanese capital

That just reaffirms the narrative that the low count from yesterday was largely skewed by the 'weekend effect' and the fact that there was a long weekend in Japan.
The virus trajectory in Japan has not been encouraging since the start of the month, with the spread of infections already surpassing that seen during the initial outbreak. As of yesterday, Japan has recorded over 8,000 active cases - the most since early May.
For bank trade ideas, check out eFX Plus 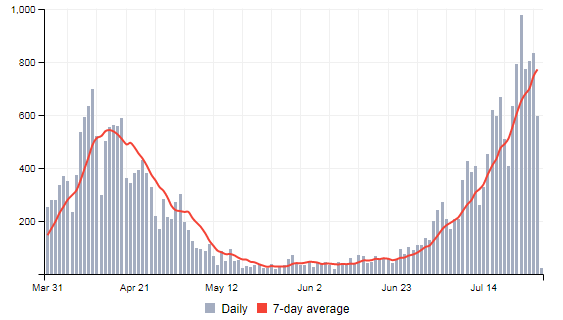 For now, the government is still maintaining that the situation does not call for any extraordinary measures to curb the spread of infections but let's see how long they can keep at this with the Olympics next year a key focus as well.