April is the worst month for the US dollar

It's tough to imaging a tough fundamental backdrop for the dollar than what happened in March. The FOMC was surprisingly dovish and then Yellen slammed dollar longs again this week.

The moves pushed the dollar over the technical edge on a few fronts and that may play out in the weeks ahead even if data has been solid. 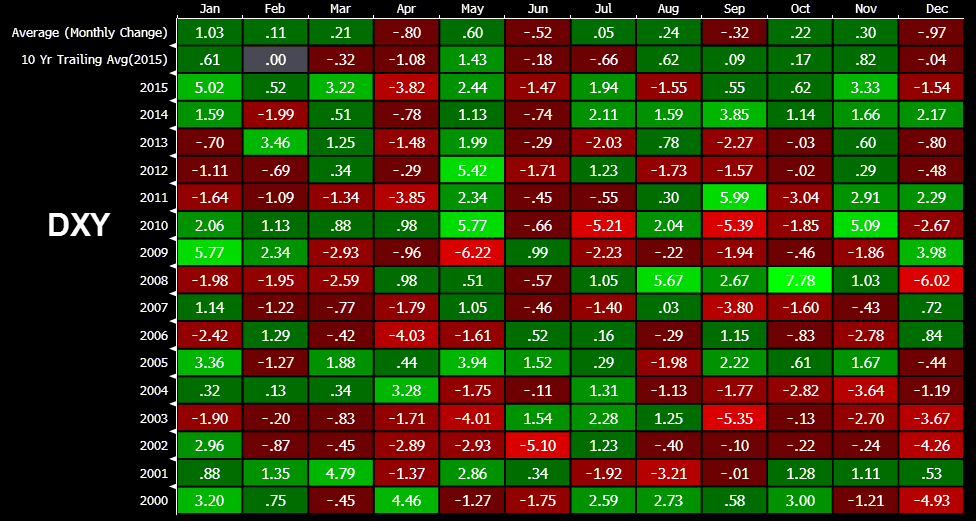 The other shoe to drop, if there is one, is that domestic fundamentals could deteriorate. If the US economy begins to show cracks, the dollar could suffer.

At the moment, it all looks good for the US dollar and positions are the least crowded in a year. Non-farm payrolls were strong and there were finally some signs of wage growth. At the FOMC meeting later this month, the Fed could offer a small hawkish hint.

Ultimately, seasonals are one tool in the toolbox, buyer beware.