The Spring pattern in oil continues 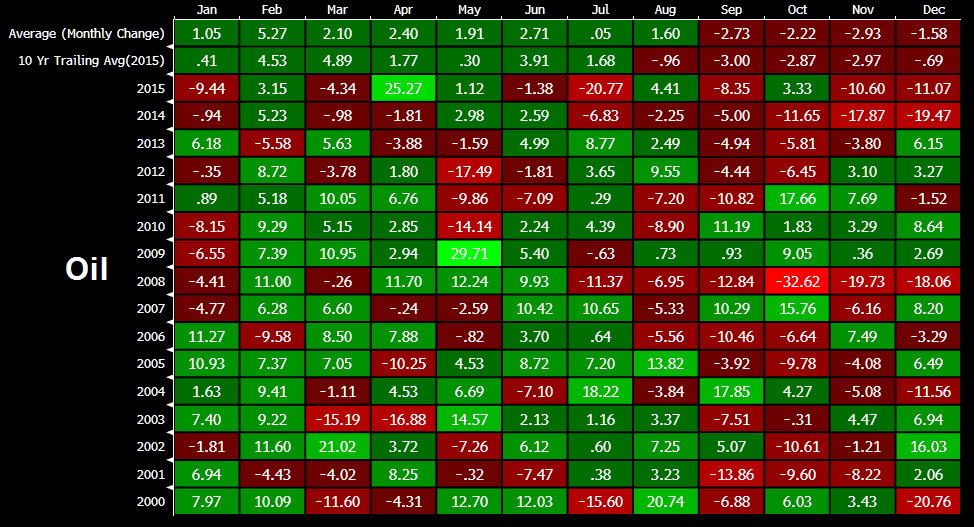 If you've been following along with our seasonal patterns so far this year you know that the first half of the year is a tough time for oil bears. At the start of March, I warned about a squeeze higher and it came with a vengeance.

The bears have been looking to wade in with WTI crude struggling above $40 but the seasonals argue for patience.

Oil averages a 2.4% gain since 2000 in April and a 1.77% gain over the past decade. The OPEC meeting April 17 is the main event on the calendar with some of the top producers looking to implement a production freeze. It's a token gesture and today Saudi Arabia said it will only participate if Iran does as well (and that's not going to happen). Crude prices are down $1.42 to start the month at $36.92 and with some support at $36.00, this may be the spot to wade in.

Because of the March move and today's weakness, the temptation is the ignore the seasonal history in April because for most of this century oil has been in a bull market but if you just look back to last year, April was one of the best months ever for oil as it ripped 25% in a counter-trend rally.