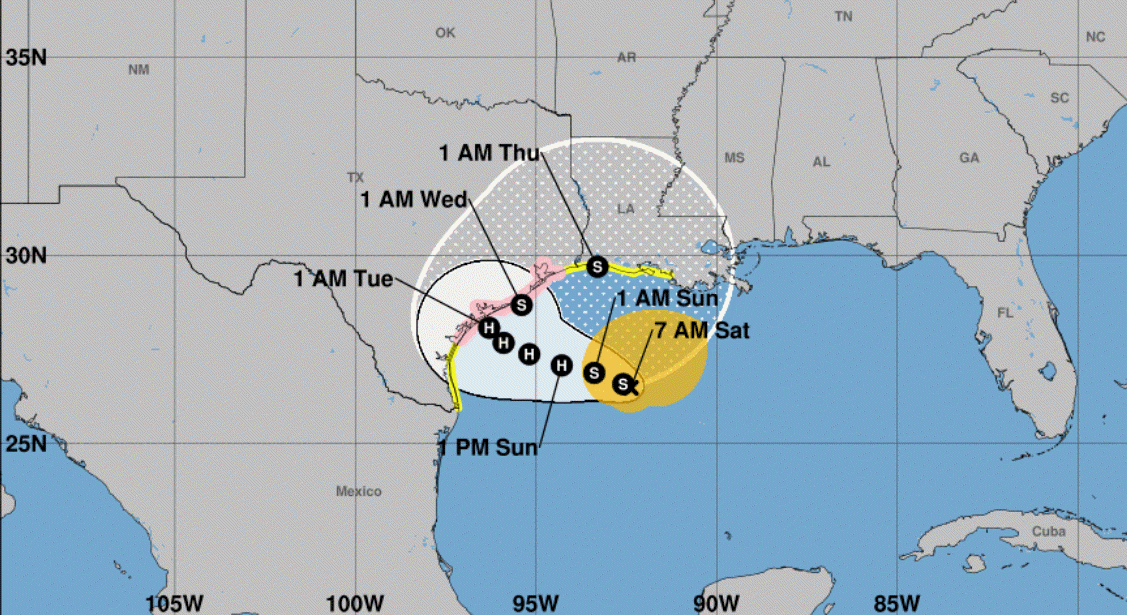 Tropical storm Beta has formed in the gulf of Mexico and threatens heavy rains and a storm surge along the coast in the days ahead.
The NHC expects some strengthening later today and hurricane-force winds within 36 hours.
"The tropical storm is still feeling some effects of southwesterly wind shear, but the upper-level pattern is expected to become more favorable for strengthening later today," the latest forecast says.
After traveling north, the system is expect to turn sharply westward in the days ahead and make landfall in Texas. However the range of landfall outcomes remains wide.