New storm in the mid-Atlantic 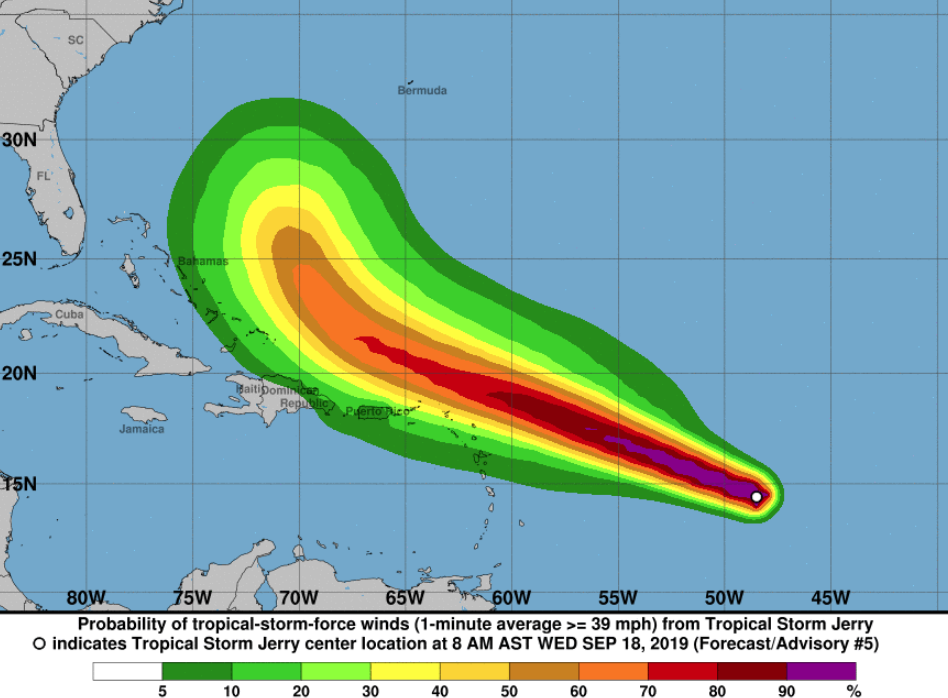 A storm in the mid-Atlantic that oil traders have been watching has strengthened into Tropical Storm Jerry. The system is expected to grow into a hurricane on Friday.
The forecast track brings it close to the northern coast of Hispaniola but it's the expected to turn north before it reaches the Bahamas, which would steer it away from the United States.
It's a storm worth keeping an eye on but at this point it doesn't look like a risk to oil. There is another slow-moving system behind it that could also spin up in a week.