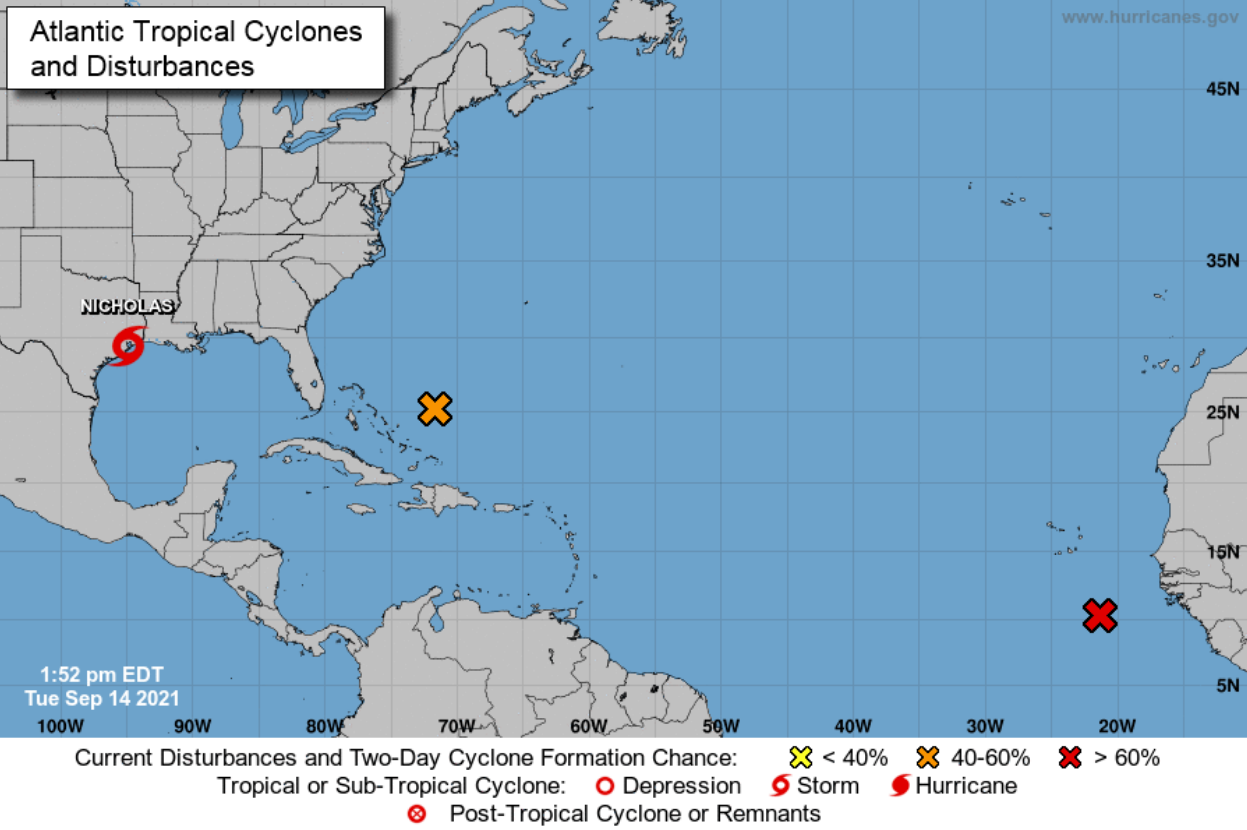 We're currently at the peak of the Atlantic hurricane season. Aside from Ida, it's been a light one so far.
Some oil production and transport has been disrupted by Tropical Storm Nicholas this week.
Shell halted production its Perdido offshore oil platform and liquefied natural gas producer Freeport LNG said processing at its Texas coast facility was halted. Power outages also caused issues for the Colonial Pipeline.
The storm has turned east and will dump some rain on the area close to Port Fourchon, LA that's just getting back online. The just released estaimte of shut-ins for today is 720k bpd, down from 794k bpd yesterday.
Further out, there are two hurricane risks on the horizon. The first is directly east of Miami at the moment. The NHC says the odds of it turning into a tropical storm or worse is just 30%. Even then, it will turn north and avoid energy infrastructure.
More concerning is a low pressure area near Cabo Verde, just off the coast of Africa. That's lining up in the 'hurricane alley' area of warm water that runs right into the Caribbean. Obviously, the forecast track is extremely hard to predict at the moment but the NHC sees a 90% chance of a tropical cyclone forming in the next 5 days.