Trump on Canada: "We don't even think about them". That's a good thing for CAD. 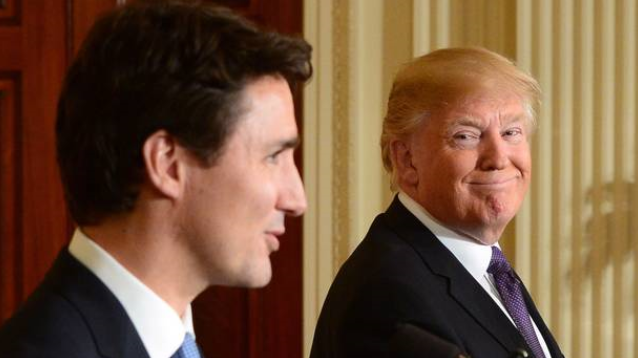 Early this year, some of the details of Trump's initial calls with foreign leaders leaked out, now the entire transcripts are doing the rounds. They offer plenty of interesting nuggets and one is on Canada.

Trump was speaking with Mexican President Enrique Pena Nieto who made a reference to the three countries in NAFTA.

Later this year, Trump shifted and put tariffs on Canadian lumber and made some noise about dairy but it doesn't sound like he wants to pick a big fight on the Northern front.

Canadian Prime Minister Justin Trudeau might sense that and push back hard in NAFTA renegotiations set to start Aug 16.