Trump relents on tariffs, Huawei as US-China trade talks set for a revival

What to look out for when markets open next week? 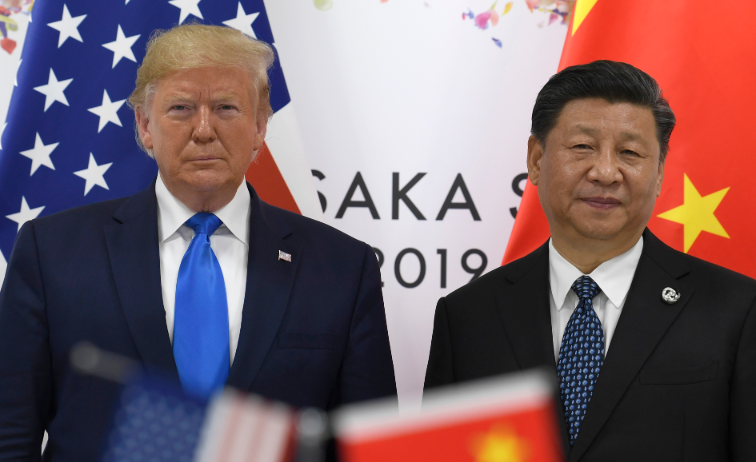 Trump and Xi once again managed to use their affinity to help strike a compromise in getting trade talks back under way earlier today.
Of note, Trump said that the US will not be levying new tariffs against China while also allowing for Huawei to purchase equipment from US companies - saying that he and Xi have agred to leave the "complicated" Huawei issue until the end of what appears to be an open-ended trade truce between the two countries.
ForexLive
Although Trump relented on his stance, he didn't give any firm commitment on whether or not Huawei will be pulled from the entity list and says that the Commerce Department will meet in the coming days to review what products can be sold to Huawei.
I reckon the very notion of trade talks being revived is likely to give markets a bit of a relief on Monday even though much of this has already been anticipated. The key now will be to measure whether or not this optimism can last the course as negotiations are set to continue in the coming weeks/months.
Besides that, just be on the look out for any official statement release by both the US and Chinese camps when markets open next week. So far, China has said that they hope that Trump will deliver on the Huawei issue but didn't really elaborate on any details pertaining to what other details both sides will be discussing in future negotiations.
As for any official statements, the interpretation of the language will be key. There's no doubt China will be the more cautious and less upbeat of the two in building up market optimism after the recent setback in trade talks in May but we'll see.
For now, I reckon the 'back on track' sentiment should lend risk assets a tailwind in the opening sessions next week with the moves likely to be more evident among equities and gold. As for FX, a risk-on gap at the open is very much in the offing given all the anticipation last week and the dollar may also see some gains as traders will surely now further question odds of a 50 bps rate cut by the Fed next month.
But it won't be too long before traders and investors start asking themselves whether or not the concessions made here can lead towards a deal in the bigger picture.
In my view, the more structural issues remain a difficult gap to bridge for both countries unless they're willing to move their red lines. We'll see if that changes but I highly doubt a trade deal is imminent despite talks being revived. As such, it'll only be a matter of time before markets - and any optimism from today - have to deal with that reality as well.