Excerpts from the book have been embarrassing

Steve Bannon called the actions of Kushner and Don Jr 'treasonous' in an excerpt that's been released. He also said Ivanka was 'dumb as a brick'.

Trump hit back yesterday, releasing a statement saying Bannon has 'lost his mind' and minimizing his impact on the campaign.

More excerpts continue to leak out that are embarrassing or damaging to Trump and now his legal team is aiming to stop the publication, which is due Monday.

The letter by Beverly Hills-based attorney Charles J. Harder demanded the publisher, Henry Holt and Co., "immediately cease and desist from any further publication, release or dissemination of the book" or excerpts and summaries of its contents.

The letter says they are investigating suing for libel. Separately, they also warned Bannon he faces 'imminent' legal action. 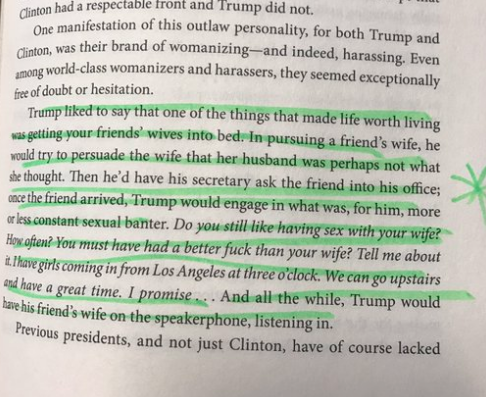