Trump's 2nd impeachment will likely be this week, a conviction could take until mid-April

The Asian timezone is seeing some risk-off moves with US equity index futures on Globex falling and currencies also as the USD gains.

In the mix today is the news that Trump may be impeached for a second time as soon as this week.
If impeachment is going to impact I've put together a summary timeline of what to watch in the days and, potentially, months ahead.
On Monday Democrats in the U.S. Congress will try to pass a resolution asking Pence to invoke the 25th Amendment of the U.S. Constitution, which allows the vice president and the Cabinet to remove a president deemed incapable of doing his job.
If it doesn't pass on Monday it will on Tuesday when the House will conduct a formal vote if needed (a formal vote is likely to be needed), the Dems have a 222 - 211 majority in the House, ensuring passage.
The vote has no legal impact on Pence, it would not force him to act. It gives him 24 hours to respond.
If Pence (and the Cabinet) do not act to remove Trump (which seems the likely course) the House would bring impeachment legislation up for a vote, Pelosi said. As soon as Wednesday or Thursday. Again, an impeachment motion would likely pass the House, given Democrats control of the House.
The next step is a trial in the Senate.  A two-thirds majority is needed to convict Trump of the impeachment charge and remove him from office.
The Dems don't have two-thirds of the vote, the numbers in the Senate are 50 Democrats and 50 Republicans. As of Sunday, only two Senate Republicans have publicly said that Trump should not serve out his term.
As to the timing of the Senate trial, the earliest it could commence is January 19 (Trump's term ends on the 20th). An ongoing trial in the first days and weeks of Biden's administration would be a distraction from voting on Biden's nominations and policies (those needing Senate approval).
The House could, though, wait up to 100 days to send the impeachment charge to the Senate.
The relevance of convicting Trump is that it would forbid him from holding public office in the future.
As I said above, if proceedings are going top impact at least you'll now have a timeline to refer to. 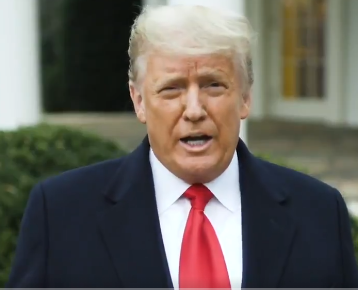