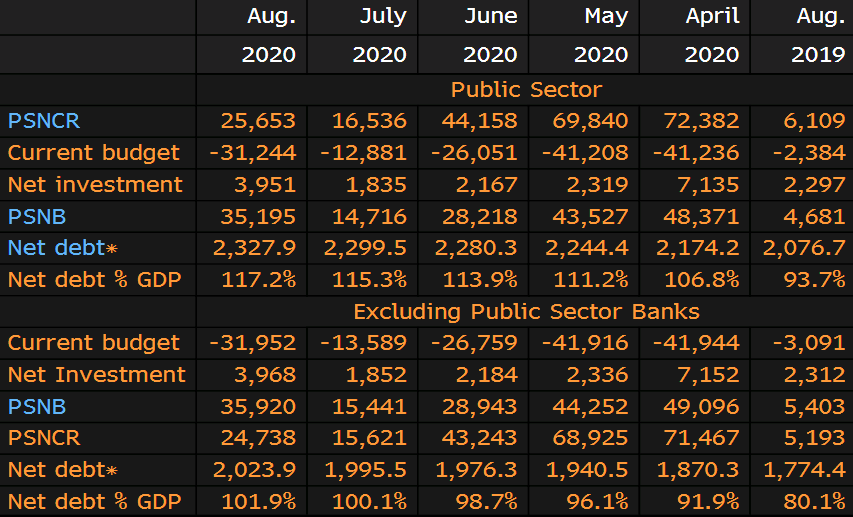 Slight delay in the release by the source. The budget deficit (PSNB ex banks) in August comes in near £36 billion and that sees the total government borrowing for the first five months of the fiscal year rise to ~£174 billion as the fiscal cost of the pandemic mounts.
For some context, the budget deficit in the fiscal year of 2009-10 only hit ~£158 billion, which represented about 10% of the economy at the time.