What the turn lower in UK cases means 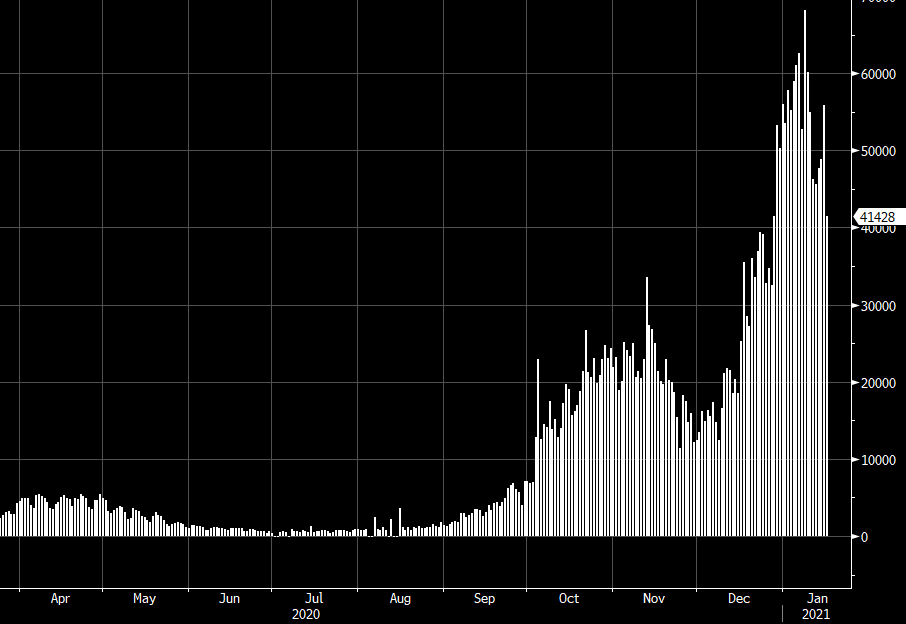 The UK reported 38,598 new coronavirus cases on Sunday, which is the lowest since December 27 and the clearest sign yet that the UK has gotten the upper hand on the worrisome variant that caused the latest round of lockdowns.
It's a sign that either the variant isn't as transmissible as feared, or that the lockdown measures have been effective. Either way, it shows that it's possible to get the upper hand.
Sterling was the best performer last week and I think at least some of that was due to the drift lower in cases but it was probably a much smaller factor than Brexit flows.
In general, the variant hasn't gotten much attention from markets but I think it's important for emerging markets and global growth. The UK and US are in a race to beat the virus with vaccines but most other countries are well behind them and emerging market herd immunity via vaccines is a long ways off. The variant had the potential to be a harsher drag. That may still be the case, but this is a better sign.
In other emerging market vaccine news, Brazil's regulator is poised to approve the Astrazeneca and Sinovac vaccines, according to a report.