The Commons has released the order paper for today

Here is the agenda: 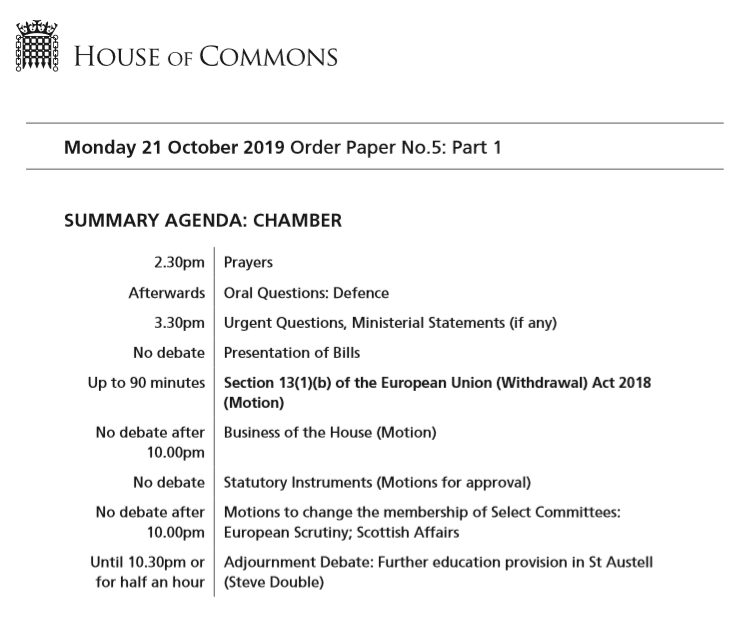 ForexLive
It is also confirmed that speaker John Bercow will be planning to make a statement at 1430 GMT on the EU (Withdrawal) Act 2018 (Motion) so keep your eyes and ears peeled for the "meaningful vote" decision during that time.
Update: BBC political editor, Laura Kuenssberg, says that we may know about his decision as early as around 1330 GMT so just be wary of the timing of that as well.