The bill will now pass to the upper chamber 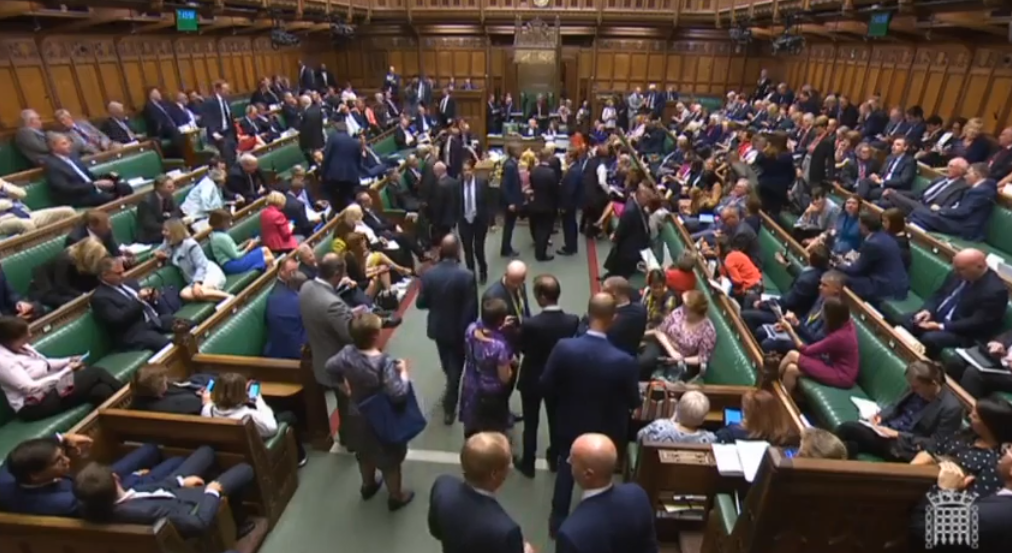 Now it goes to the House of Lords, which should take about 2 days to pass. However if they make any changes it will go back to parliament.
From the official text:

On we go towards 90 minutes of debating about an early election.

There is very little chance that two-thirds of parliament votes for an election today. Tomorrow, Boris Johnson might try for a confidence vote another way.