No word on casualty numbers as yet.
Meanwhile, Iranian media (Fars) also reporting the same, that retaliation has begun.
Oil: 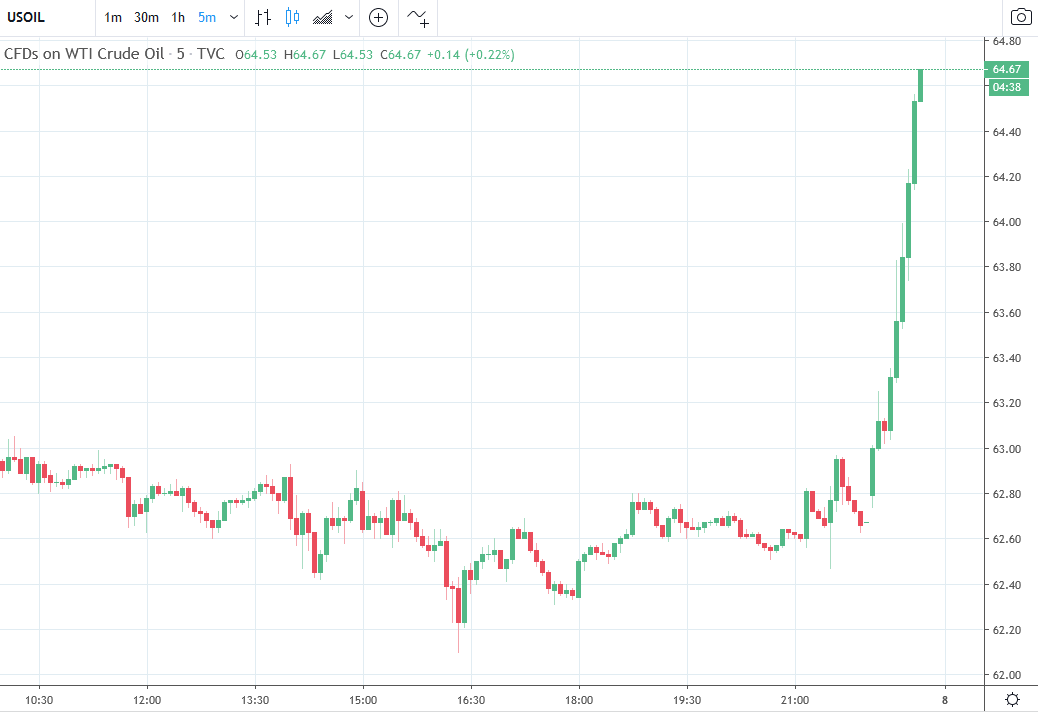 Gold and yen also higher.
Equities on the slide.
ForexLive