US dollar grinds even higher. USD/JPY at the highest since March. 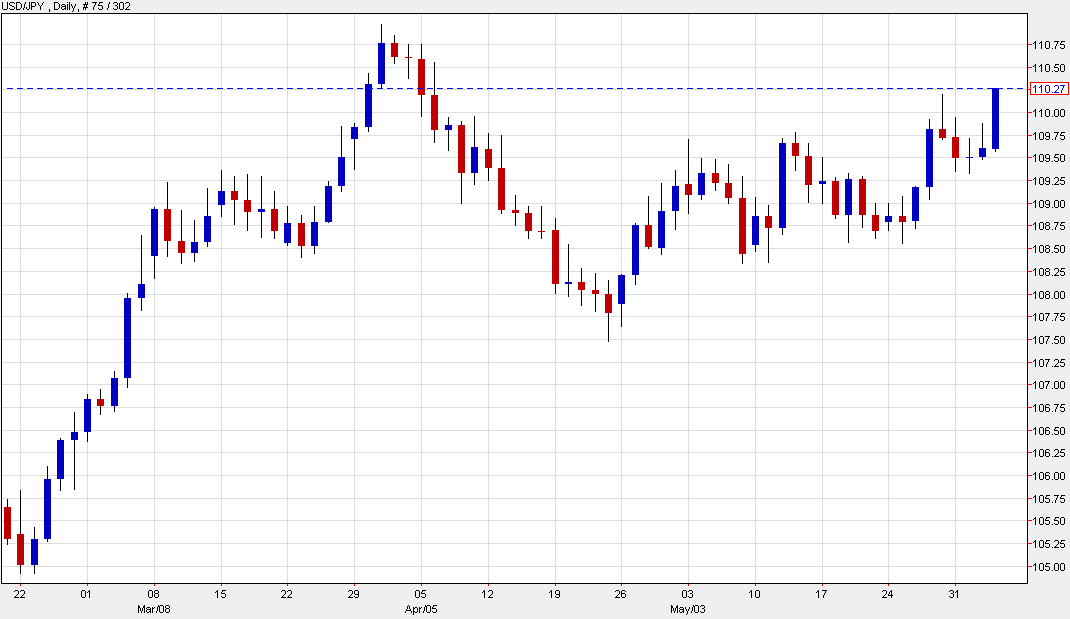 The US dollar continues to run in the wake of the ADP jobs data.
The market is braced for a stronger non-farm payrolls report on Friday than the +655K consensus.
Giving the dollar a further lift was a series of reports that said Biden has offered a new infrastructure deal to Republicans that doesn't raise corporate tax rates. Instead, it will ensure a 15% floor on what companies pay.
That turned around stock markets and has pushed up rates modestly.
The USD/JPY chart (above) shows how important today's price action is. It's a break of the May high and a continuation of the series of higher highs and higher lows that started in late April. It would be easy to see it back at the March highs.
Beyond that, this chart shows you what's really at stake: A four year downtrend that already looks like it's on the verge of unwinding. 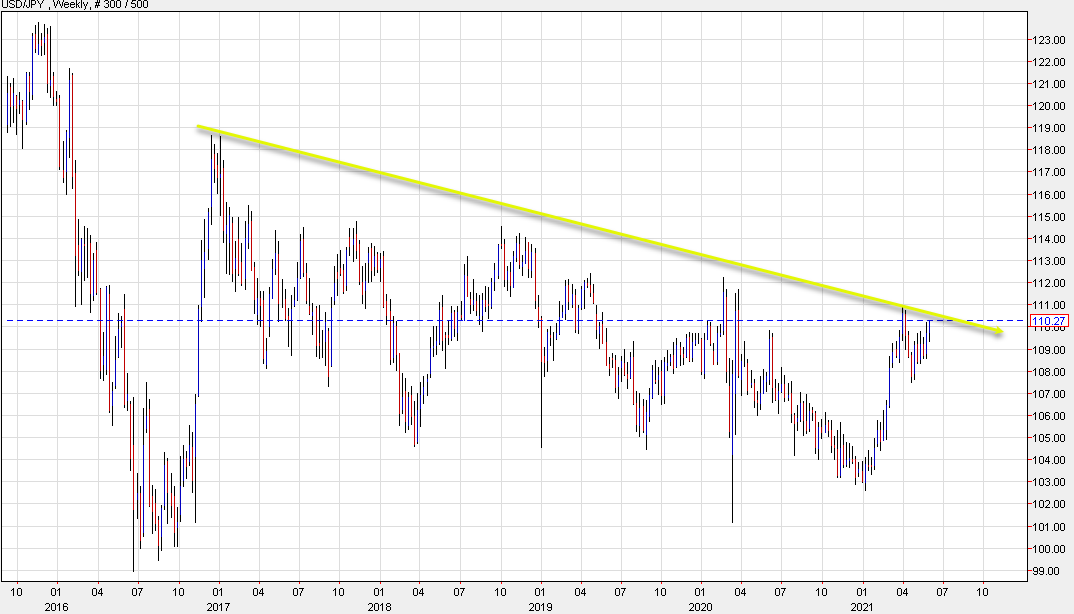