The bond market is more subdued today but FX is picking up the slack.
The soft initial jobless claims report today is a reminder that the Fed doesn't need to rush into a taper. There are 18.4m Americans on some for of employment benefit at the moment compared to 2.2m a year earlier. It's not going to be a quick return to 'normal' for many of them and the Fed wants to get unemployment back to 3.5%.
The drop in the dollar unravels a bid in early New York trade. It's now at he lows of the session against every major currency except the euro, which is being dogged by Italian uncertainty.
The commodity currencies are among the largest beneficiaries despite a ho-hum day in commodities and equities. AUD/USD has just ticked to the highest of the week. 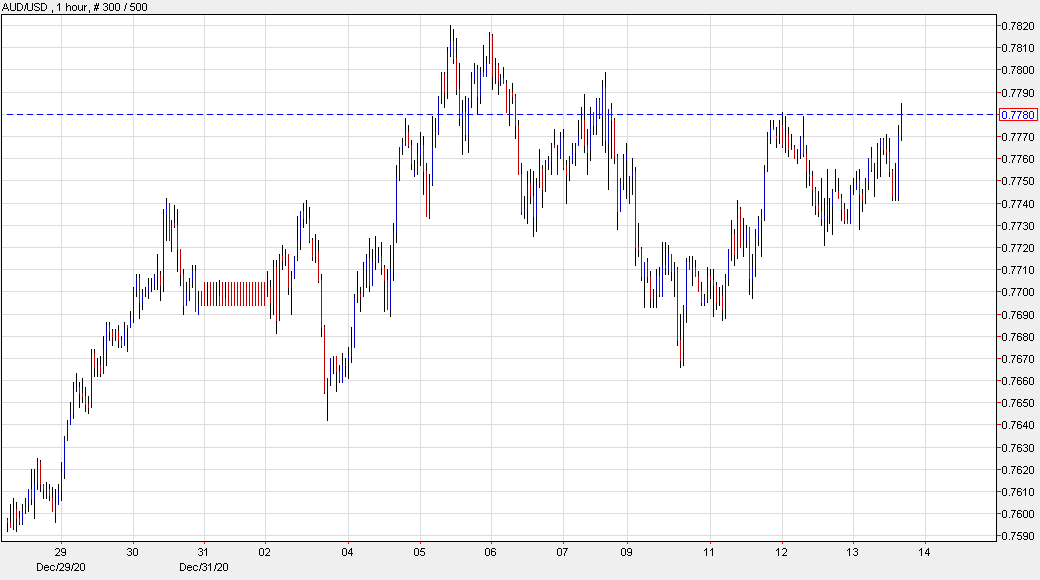