US election: Where are we at now?

There's still no winner being declared yet in the presidential race 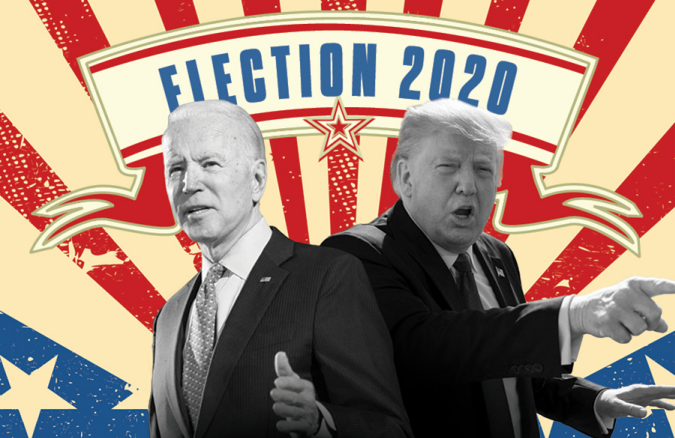 Not much has changed over the past few hours with Biden still looking like he may pip it in the end with just a few states left to settle their vote count now.
The narrative since yesterday remains largely the same, the shift in the tide in Wisconsin and Michigan puts Biden in the lead to win the White House with Trump now needing to retain his lead in Pennsylvania and Georgia at least to keep things close.

The electoral college vote shows Biden in the lead at either 253-214 or 264-214, depending on whether or not you'd call Arizona for Biden at this stage.

Arizona
Biden continues to lead in the state but the latest count from Maricopa County showed Trump narrowing that lead, just keeping him in the running to contest Biden as we await more votes to be tallied later today.
The next batch of releases from Maricopa County is said to only come on Thursday night, so the wait may be a long one before we get more clarity on the final result.
Georgia
Trump still holds a slim lead in the state with most of the votes already counted, and this is one that he needs to keep in order to stay in the running to beat Biden.
Election officials in the state said that they will wrap things up in the wee hours of the morning so we can only wait and see how things will pan out in the next few hours.
Nevada
Biden holds a slim lead - one that has been narrowing - over Trump in Nevada and the count is still going, but rather slowly. Election officials provided an update earlier in the day that the mail-in ballots left to count are those received on or after election day.
If Trump manages to turn the tide in Nevada, that sets up an interesting scenario where we could end up with a 269-269 tie at the end of it all (if Biden wins Georgia and Trump wins all other remaining states).
Pennsylvania
Trump holds a decent lead (+3) here but the issue is that there are also plenty of votes still left to be counted over the next day or so.
His lead has been narrowing and with Philadelphia - a deep blue territory - accounting for a chunk of the remaining count, it is a question of if Trump's lead going to be enough to keep him ahead in the state.
If Biden manages to flip Pennsylvania, the race is pretty much as good as over.
North Carolina
Trump holds the lead in the state and we shouldn't expect a significant change for now as mail-in ballots are accepted up until 12 November as long as they are postmarked by election day. So, the results are going to be longer here.
For bank trade ideas, check out eFX Plus