The employment data is going the wrong way. This weeks data corresponds with the survey week for the BLS employment report released in the 1st week of March. 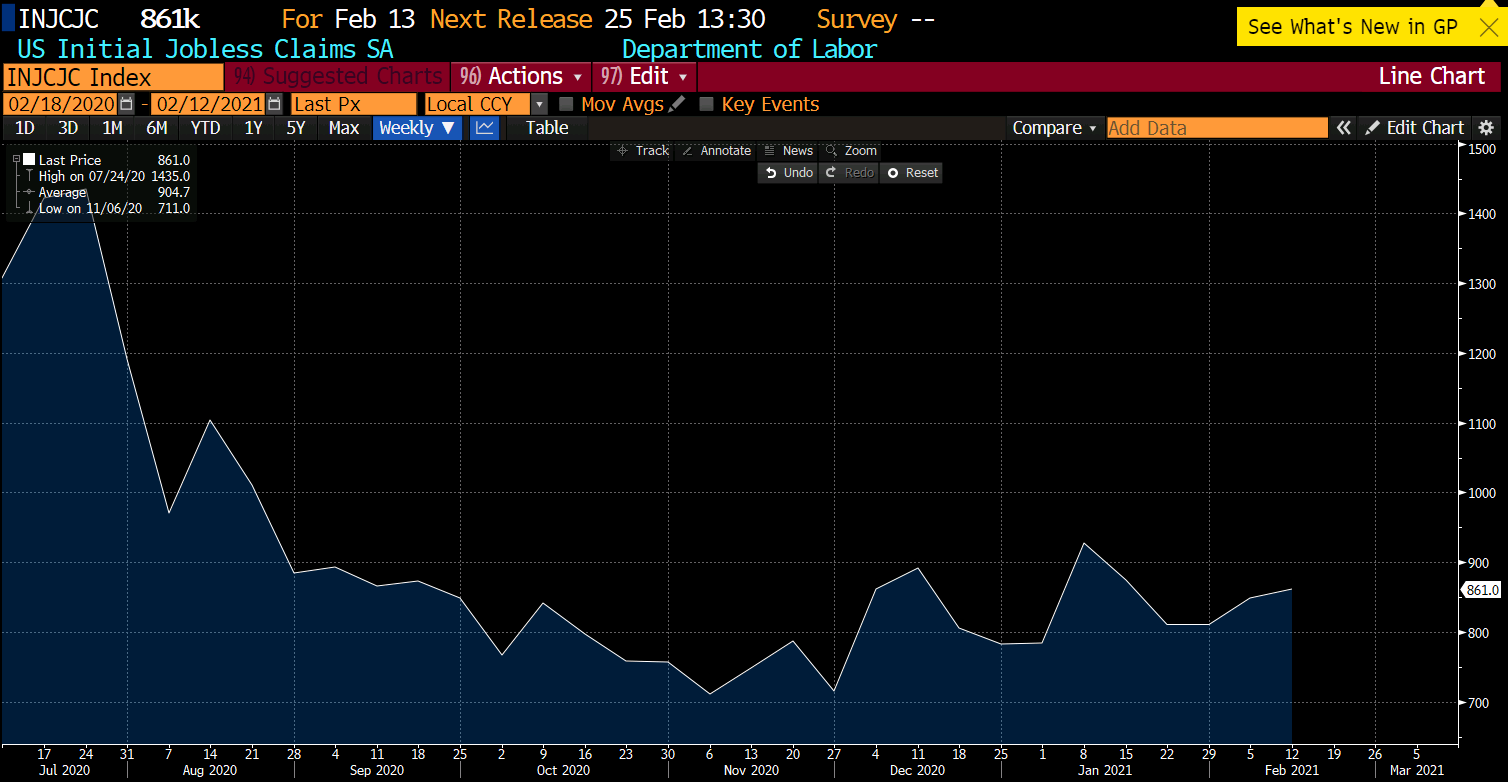