US January Challenger layoffs 80k vs 77k prior

Invest in yourself. See our forex education hub.US-based employers announced another 79,552 job cuts in January with the majority of cuts this time around led by the aerospace and defense industry - 29,100 reductions.
That said, despite cuts being higher than average last month, there are good news in that there is some levelling off in announcements elsewhere - which could point towards a recovery in the coming months if sustained. 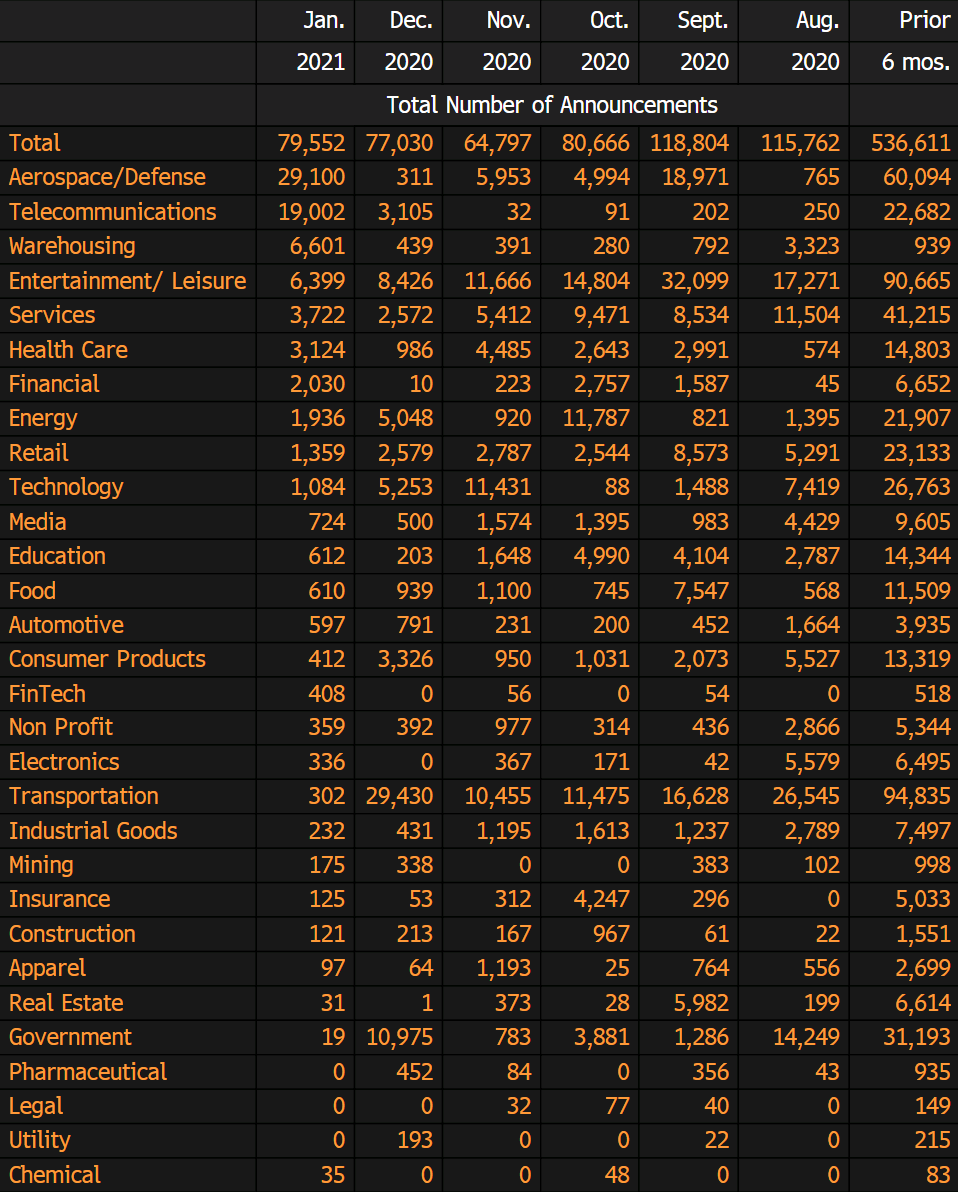