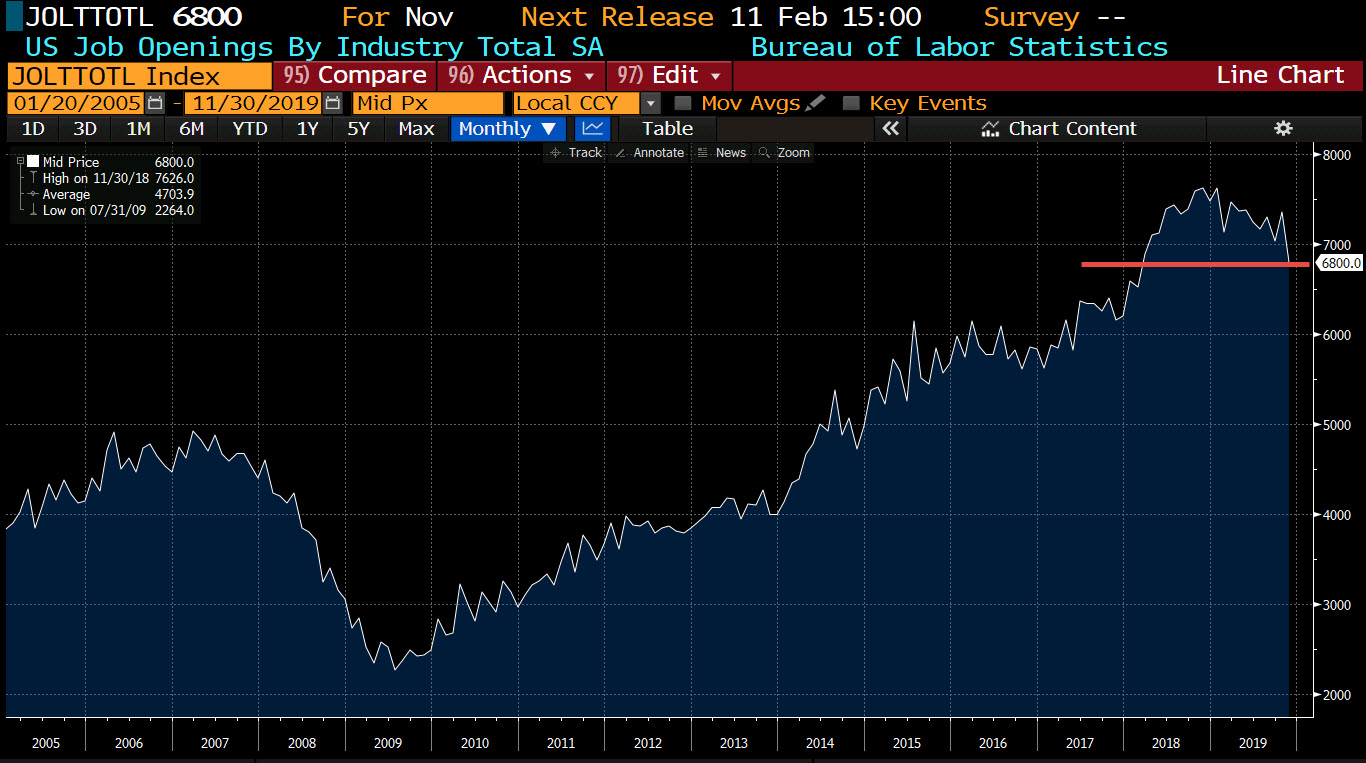 The job openings is a bit of a shock and the lowest since February 2018. However, the total job openings still remains nearer high levels despite the strong employment gains.  Nevertheless the trend since the peak in 2018 has been tilting more to the downside.
ForexLive