USD/CAD is down 85 pips to 1.3260 as the market has a re-think on the Bank of Canada. Initially, the market took the speech as dovish as Poloz highlighted some downside risks. But he was hardly explicit.

As time went on, he took questions for the audience then eventually spoke to reporters. By that point, I think some fatigue had set into the market because the reaction was minimal even though his comments were hawkish (as I highlighted). 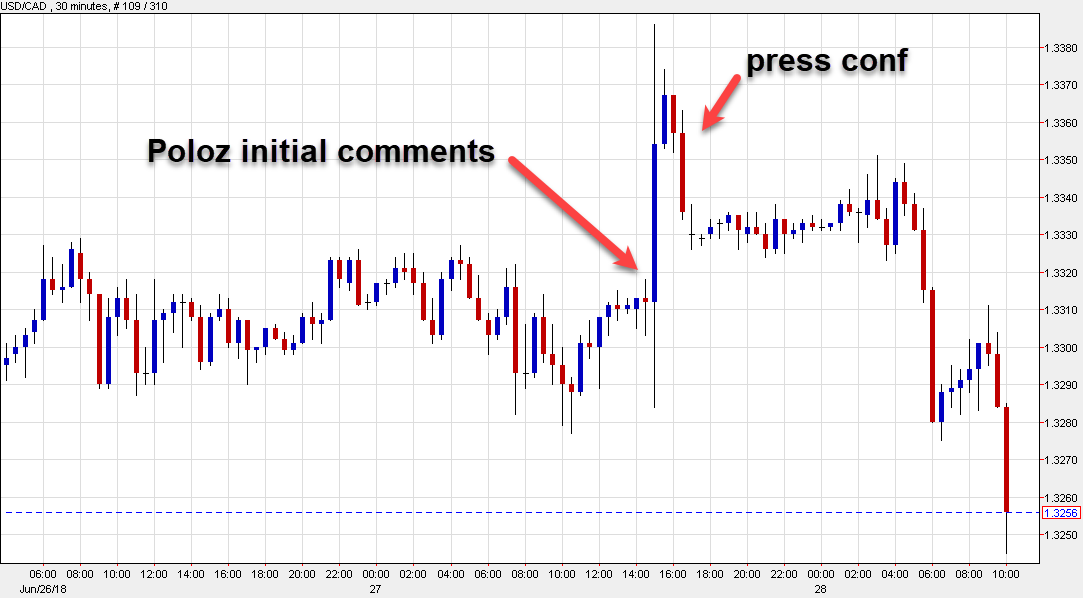 In addition, oil is at a fresh three-and-a-half year high and that's also weighing on USD/CAD.