Venezuelan gold sales will continue to be a headwind

Venezuela is selling everything that's not tied down 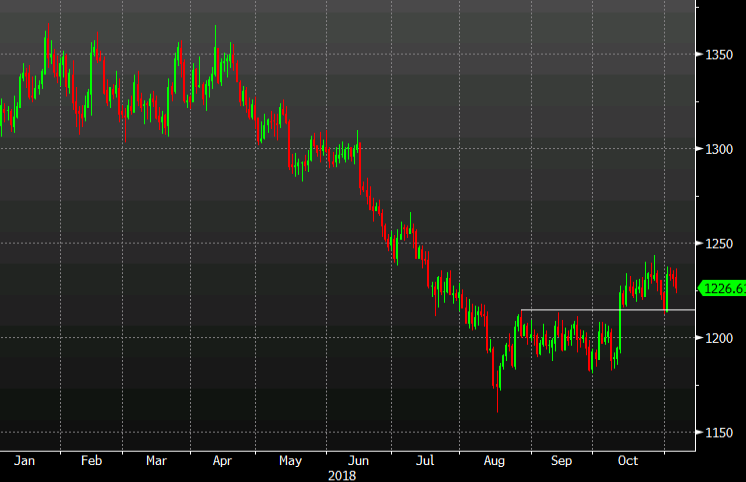 It's an awful situation in Venezuela as hyper-inflation and disastrous economic planning has led to a depression. The economy is expected to contract 18% this year and the US is continuing to pile on sanctions.

Reuters today reported yesterday that Venezuela has approached the Bank of England about getting back approximately 15 tons of gold bullion held in the bank's vaults.

The country's gold reserves have fallen to about 400 tons from 575 tons and it appears the government is considering selling more. The total value of its gold reserves is about $14 billion at today's prices.

Ultimately, it's a headwind but it's a small one. Global annual gold production is about 3100 tons.