Watch for help on the fiscal side for the Australian dollar

Tuesday is a huge day for the Australian dollar. It starts with the RBA decision and then a few hours later the federal budget will be handed down. The latter event is more of a wildcard but it will also play into the first event.
That's because the RBA will want to wait and assess what kind of help it's going to get from fiscal policy.
As for the government, there is growing concern about a recession and Scott Morrison has a surplus to work with and an election coming in May. Look for a a tax cut for both households and businesses in a move that will boost consumption.
"The risk is for a bigger boost to growth later this year if new tax cuts of A$5-10bn are announced in addition to existing cuts," Bank of America Merrill Lynch writes in a note. "There is feasibly a 0.2-0.3ppt contribution to GDP from consumption over the next fiscal year. Expect the government to outline even bigger stimulus in the out years depending on re-election."
I've been highlighting AUD/JPY as a spot to watch. It continues to chop sideways in the same 3% range it's been stuck in since the start of the year. The events on Tuesday might finally spark a breakout. 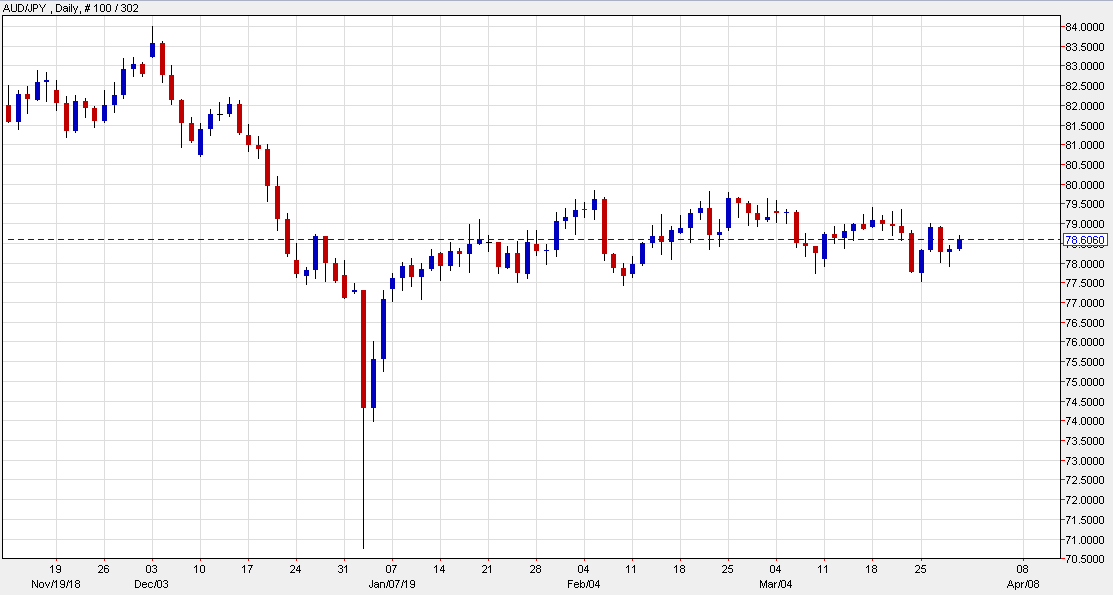