What does the meme stock mania really mean?

Is the market broken? 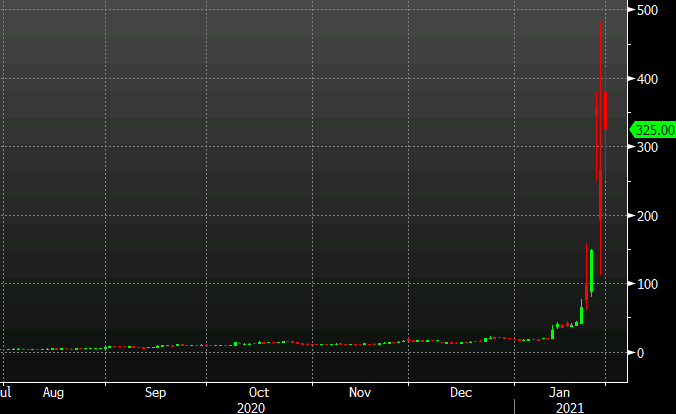 I've been surprised at the amount of broader chatter I'm hearing about GME and other meme stocks. People are saying "I'm selling everything" and indicating that something about the mania tells them it's a peak.
When I take a step back, I don't see how anything has changed. Rates are still zeroed out and we're still marching towards a vaccine. If anything, the chatter last week about mutations of covid over time and ineffectiveness of vaccines has me most worried.
I look at this episode simply as something that happened, not as some kind of sign of the market apocalypse.
Certainly it could roil markets for another few days or even weeks but this isn't the dot-com boom/bust. It's just a thing that happened, like so many other strange events in markets.
Given that membership at WSB has done to about 8m from 1.9m before this really kicked off, I suspect we're going to have more of this but aside from adding a new element to markets, I don't think it changes anything. It certainly doesn't change the economy.
Today GME looks like it will open fractionally lower and eventually it will go back to being a $10 stock (or less) but it's a sideshow.
Now it looks like silver is getting the Reddit hug. That's going to be a big test because it's a much bigger market.
For bank trade ideas, check out eFX Plus