What are the real risks around US election night uncertainty?

A breakdown of the differing views 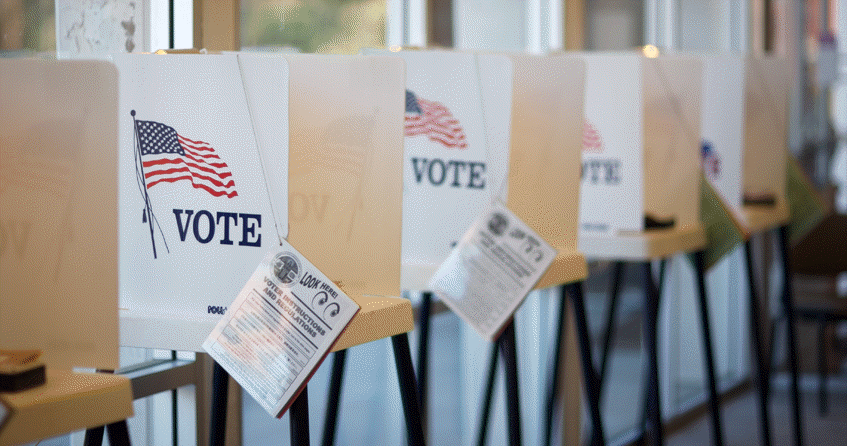 The big risk in November is that we won't know the results of the US election on election night. It's an idea that has been percolating for awhile but with Trump's reluctance to endorse a peaceful transition of power, it took on extra importance this week.
Yesterday and today there has been some pushback to the idea. Goldman Sachs is out with a note saying a delayed outcome is a "tail risk".

"It seems fairly likely that there should be enough information on election night from states that will report results quickly for the market to be able to gauge the likely winner," the pair wrote. "In other words, the S&P can trade the likely outcome, even if the AP does not call the race."
"While we recognize that an especially uncertain election outcome could have a significant negative impact on risk sentiment, we think this outcome is less likely than current market pricing -- and client conversations -- seem to imply," the Goldman team concluded.

A WSJ article breaks it down further, noting that 13 states process main-in ballots on election night, including Michigan, New Hampshire, Pennsylvania and Wisconsin.

If the election comes down to mail ballots cast in those states, waiting for them to verify the ballots and count the votes could push the election into overtime.

Given that 50% of US voters could vote by mail this year, that's a high likelihood. However the report emphasizes that there will be enough statistical information to draw conclusions, particularly in Florida where many votes will be processed (but not counted) before election day.
However if Trump is leading Florida -- and the latest polls are neck-and-neck -- then we're almost certainly headed for a few days of uncertainty.
The reports highlight that using district voting in other states, we can draw conclusions. That may be true but there's a gap between inferences and an official win. Or put another way: There's a high likelihood that neither candidate will concede on election night.
FiveThirtyEight is less optimistic. They highlight a series of legal decisions in Pennsylvania, Michigan, Wisconsin and North Carolina ordering the count of votes that were postmarked on election day but don't arrive until a few days later. Their model highlights a 56% chance that one of those states will decide the electoral college.
What's notable in all those decisions is that the can be challenged in higher courts, and some already are. If there's a situation where Biden wins any one of those states by a narrow margin via mail-in ballots, those decisions could be pivotal. 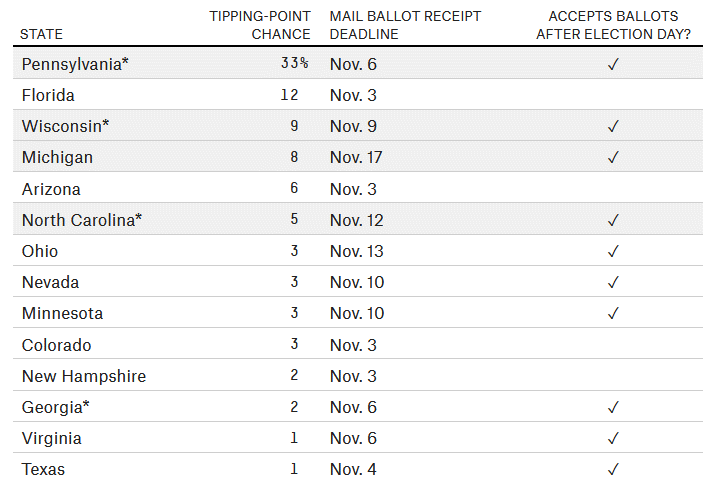 Again, they conclude that it will come down to Florida. The result there will be generally clear on election night, unless it's extremely close. If Biden wins there, it's over. If Trump wins it, we are likely to be in for days of uncertainty.
The caveat is that if Biden is leading the preliminary counts in Pennsylvania, Michigan and Wisconsin then he's very likely the winner. Because as more mail-in ballots are counted, they're likely to favor him.
But that doesn't mean Trump will go quietly. Ultimately, the uncertainty scenario hangs on two men and how far they're willing to go to contest the results in the aftermath.