Where now for USDCNY? Tomorrow a key day for the CNY

Data or tariffs to direct the way?

I came across this article yesterday on Bloomberg by Mark Cranfield making the case for a medium term downward bias in USDCNY. The article did not see the American retention of  the tariffs at the phase 1 deal as altering the USDCNY path. This makes sense as in one sense it was clear that the tariffs were remaining in place, but that doesn't sound like much of a 'deal' , so I can see why this has been confusing. However, the US have literally spelt it out now, so it shows the tone of the 'deal'.  The phase 1 negotiations are not a 'deal' or quite a 'dud', but more of a 'truce'. The long game will continue.
China's economic data the medium term game
China's improving economic data  is going to be driving the yuan with the Q4 GDP data being released on Friday. Have a look at what is on the data slate for China on the 17th below. It's a big day and will give the USDCNH some fresh direction once the Lunar New Year holiday is over.

USDCNY is contained by the strong overhead resistance above at 7.00 and support in the 6.85000 region. 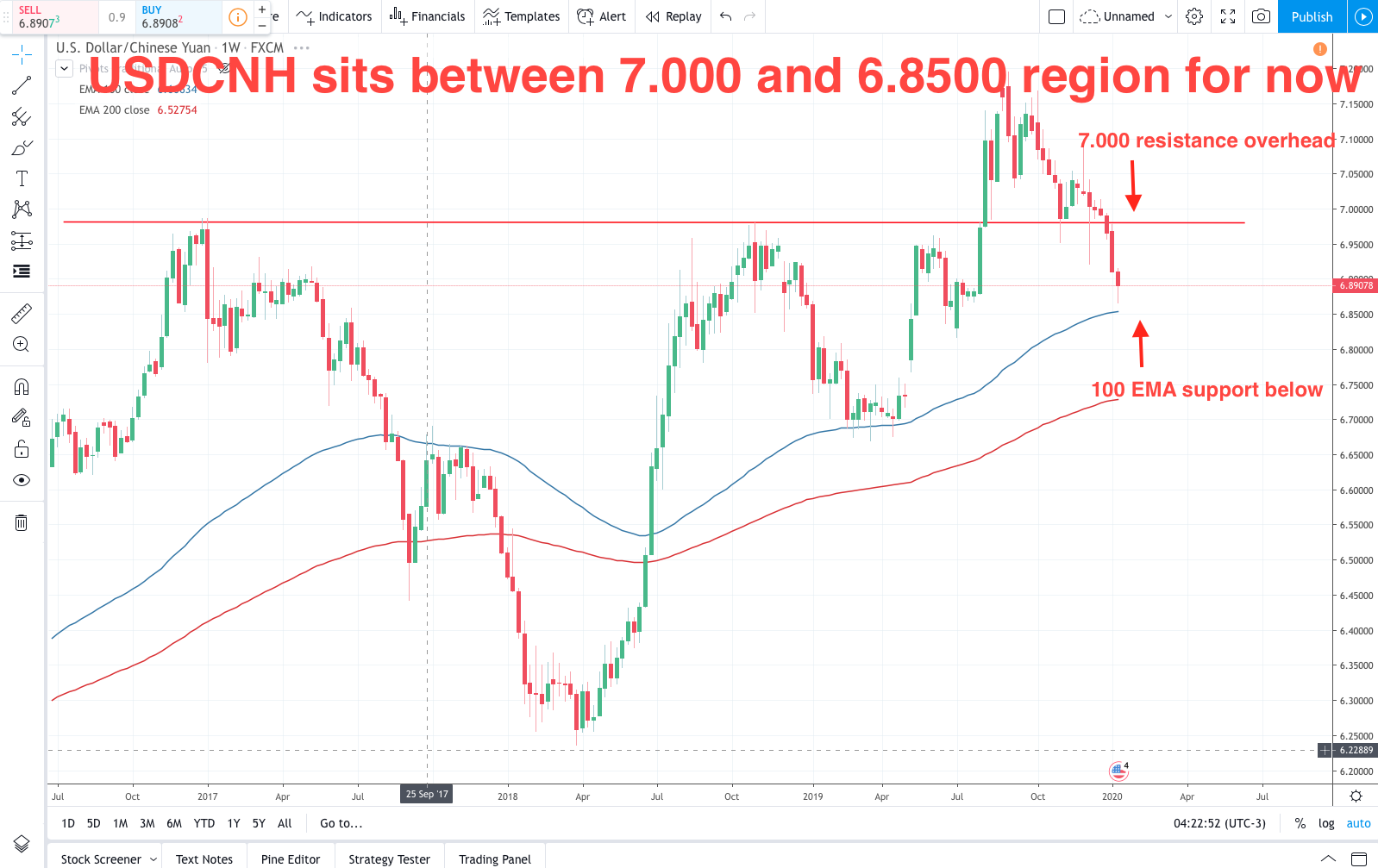