The effect will be felt through Presidential polls 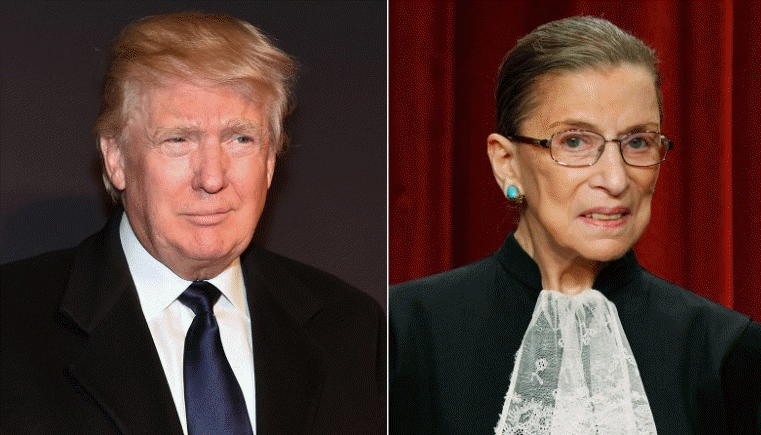 87-year-old US Supreme Court Justice Ruth Bader Ginsburg died from cancer on Friday. It was well-known she was receiving treatment for pancreatic cancer but there were no recent indications she was near death.
Her death gives Trump and the Republican-controlled Senate an opportunity to replace her with a conservative judge. There will be a fierce debate about whether to quickly appoint someone new or wait until after the Presidential election, as was done when justice Antonin Scalia died in Feb 2016.
Senate Majority Leader Mitch McConnell indicated the Senate will move forward with a replacement and that's likely to set off protests.

Will it matter for markets?

Recent history says it won't. The black lives matter protests were the largest in the US in a generation and caused a blip in markets for a day or two at most.
What her death and the confirmation fight could do is shake up the odds of who wins the next Presidency. Biden is leading in the polls and is a modest favourite to win on November 3.
Democrats will try to extend that lead by highlighting the hypocrisy of Republicans rushing to nominate a new judge when they blocked the same process four years ago. They will also tout the shifting balance in the court towards conservatives and emphasize Bader Ginsburg's legacy. Using that they raised $20m in just four hours after her death.
Republicans voters though have long cared more about the courts than Democrats. My guess is that ultimately they will benefit from this opening. They will use it to appeal to evangelicals, especially those who want to ban abortion. The evangelical vote for Trump has wavered and this could help firm it up.
But if Republicans confirm someone new before the election, does that advantage fade?
My guess is that Trump will appoint someone -- likely Amy Coney Barrett -- and campaign on the nomination but that the Senate won't take up her appointment until after the vote. If Republicans win the Presidency and hold the Senate, they'll confirm her. If they lose, they'll confirm her anyway (if they can muster the Senate votes).
I think that playbook likely moves the needle slightly towards Trump and, all else equal, that would be positive for equities and neutral for the dollar.
But not all else is equal. For one, this fight is likely to overshadow the stimulus debate and further diminishes the odds of another economic package. Secondly, any kind of skullduggery and hypocrisy from Republicans or Democrats will further divide the country.
This raises the stakes in an election that's already highly-emotional. That's not what markets want and it's yet-another reason to sell the US dollar. 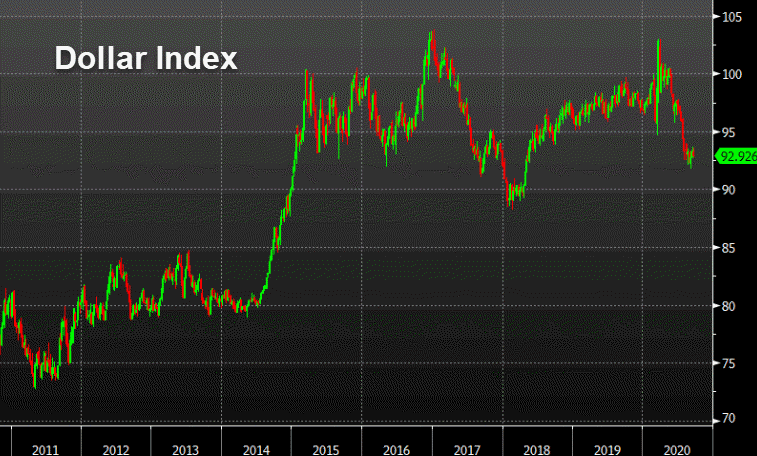