WTI crude climbs above $66 with eyes on Colonial pipeline 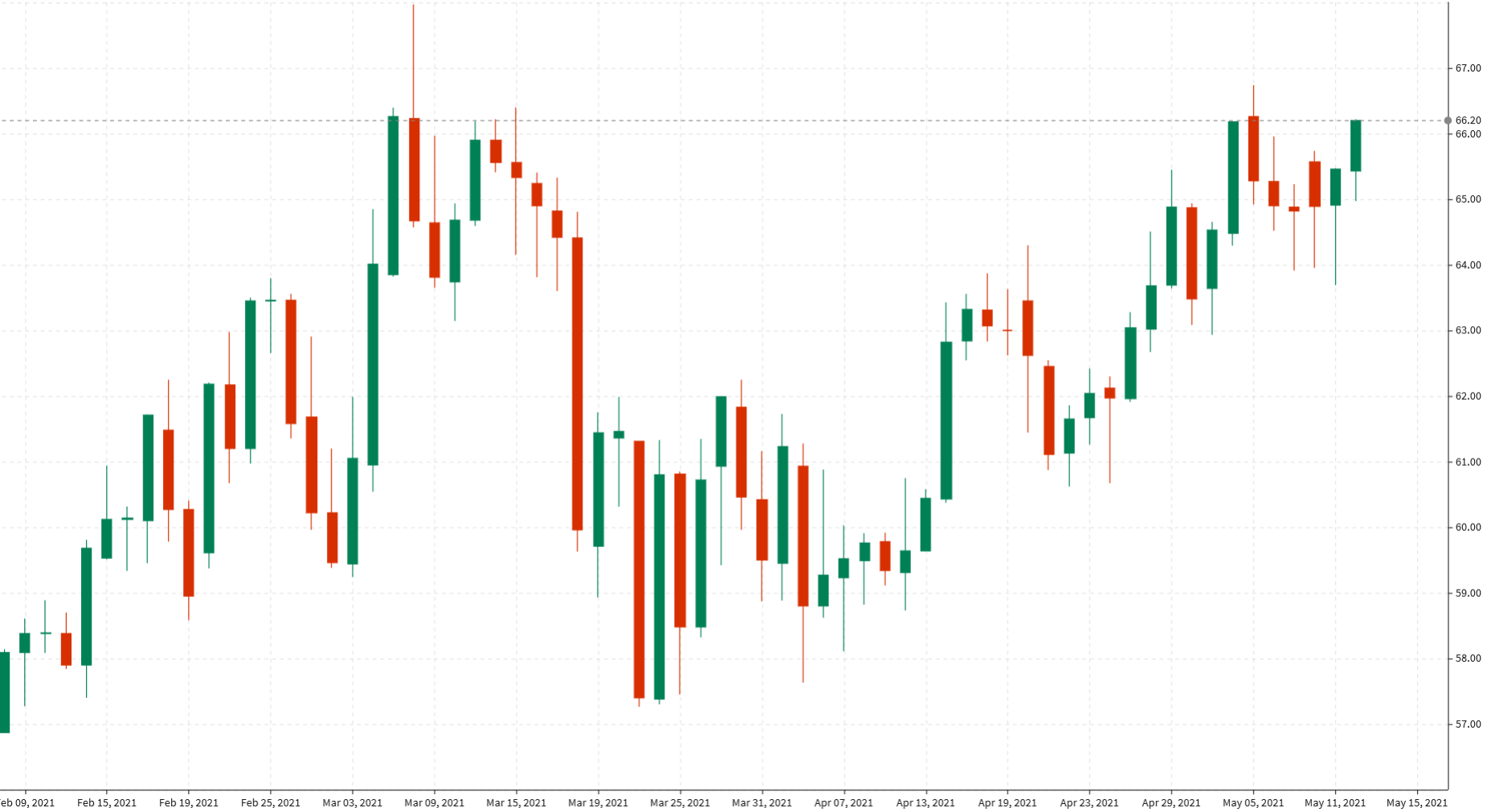 US consumers in the southeast are stocking up on gasoline supplies however they can and that's leading to stations running out of gas.
The Colonial pipeline supplies gasoline for much of the eastern seaboard and has been shutdown due to a hack of its back office software that sparked a series of events that led the company to shut down operations. Now, the company is struggling to get back online. 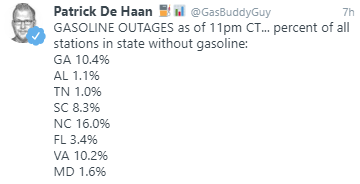 Officials hope to restart today but the US energy secretary said it could take a few more days to "ramp up operations" and could be weeks before a full restoration.
In theory, the shutdown shouldn't impact oil. If anything, gasoline shortages and higher prices could weigh on crude. However it's the opposite at the moment, with crude up 1.4% and currently in position for the highest settlement in a year.
Yesterday, ARK Innovation fund CEO Cathy Wood said she would be "surprised" if oil hit $70 again because electric vehicles demand would cause substitution. That's a big of a ridiculous argument but illustrates the negative sentiment against crude. If you're a bull, that's something you want to see.
Invest in yourself. See our forex education hub.