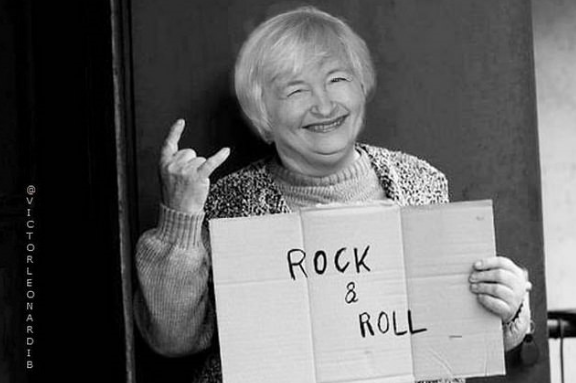 Fox reported a short time ago that anet Yellen leapfrogged Lael Brainard, Roger Ferguson to likely run Biden's Treasury Department.
Now Bloomberg reports that Brainard has been asked to stay at the Federal Reserve and that progressives are pushing for Yellen to take over the Treasury.
On the one hand, I have enough Yellen memes to get me through years of her at the Treasury, on the other, I really question this pick. As a communicator, Yellen always treats every question as if it's being asked by a kindergartner, so I don't see her as a great communicator. I also can't bring myself to see her as a salesman or a dealmaker, though that remains to be seen.
What really baffles me is the push from progressives. I'm not sure why they see her as such a progressive. She raised rates higher than they needed to be and stumbled along at the Fed.
I think Biden will one day regret this move.