I haven't seen the story in the People's Daily but it appears to be asking people to voluntarily quarantine themselves for 14 days.
The cities are at a high risk at the moment because much of China's population urbanized in the last generation. So they went back to the villages for the holidays and now are returning back to the cities.
However asking people to stay at home for 14 days -- and not go to work -- is a big ask.
Hotel occupancy rates in Beijing are already said to be sub-10% and this isn't going to help growth. From the former PIMCO CIO: 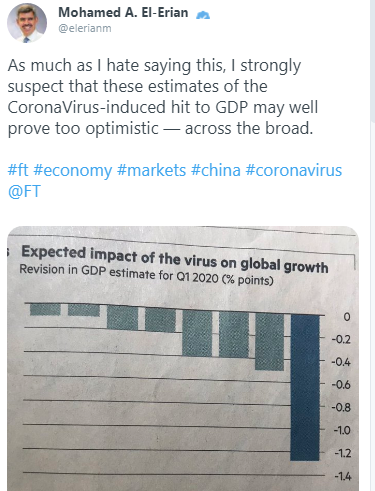