It was a session where the USD lost ground, notably against the yen with USD/JPY losing 100+ points on the session. Other currencies found a bid against the USA dollar also, South Korea's won is +2% with other EM Asia currencies gaining also. 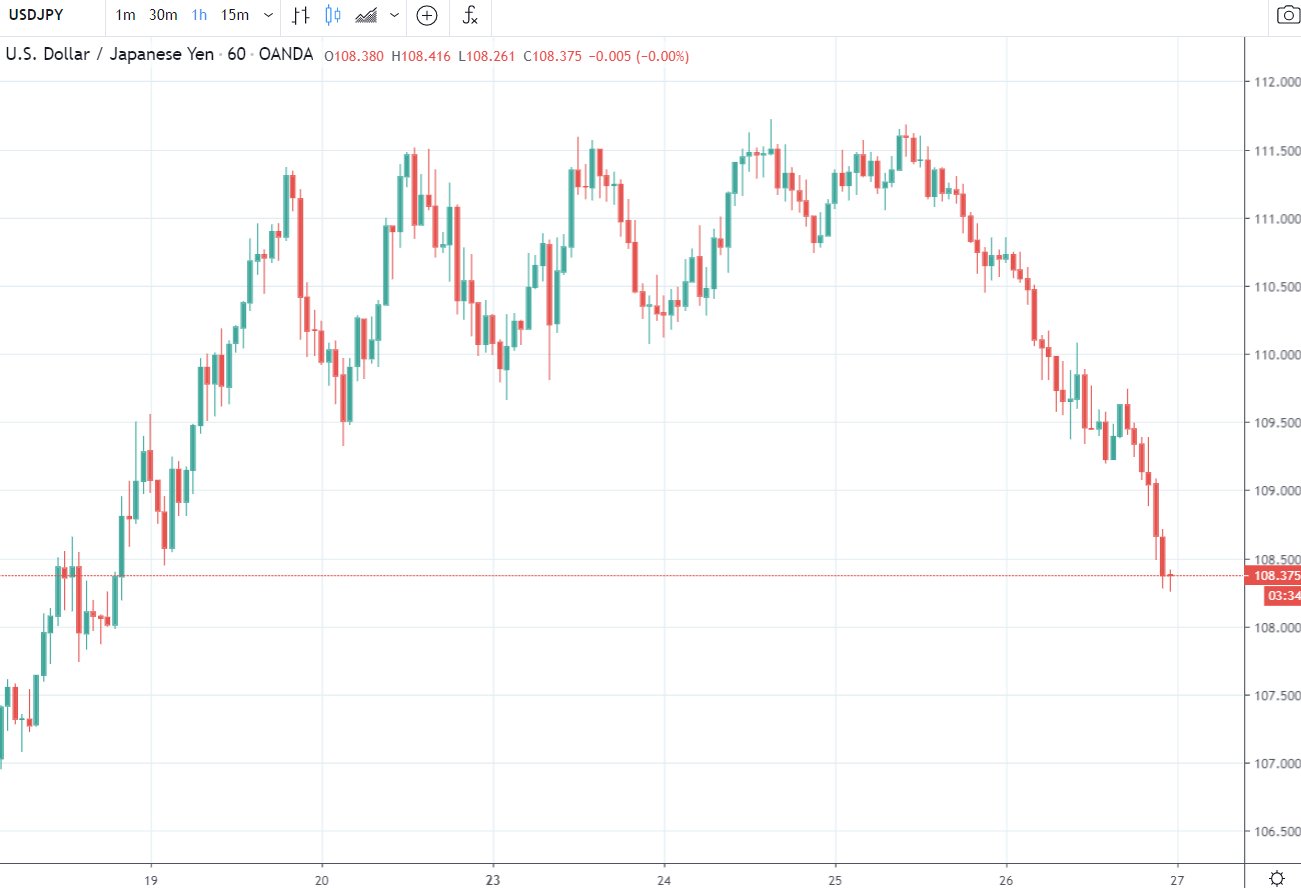 For the majors we had moves beyond overnight highs for cable, EUR, AUD, and NZD/USD. CAD, too, up against the dollar.

News and data flow was light, nothing fresh of market-moving significance. As I post we are awaiting a readout of a phone call between China's Xi and the US' Trump.

Also on the agenda ahead is the US House of Representative to vote on the coronavirus economic relief package. Debate is scheduled to begin at 9am Washington time and a vote is expected some time on Friday. Do note, though, that there is some chatter about that the vote may be delayed until Saturday. For the political-folks, a delay to the vote would occur if a member of the House objected to a 'voice' vote, in which case members would have to assemble - which is what will add time.