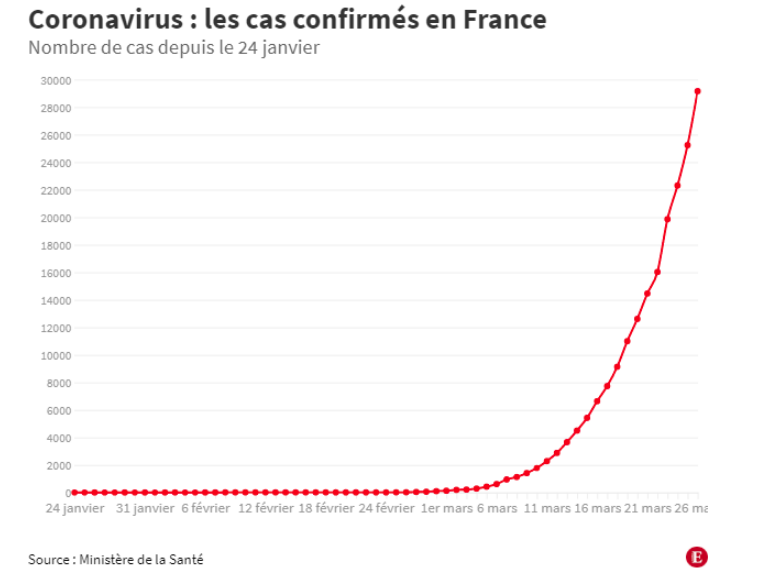 The curve is not flattening but the mortality rate is somewhat encouraging. France is likely using more chloroquine that elsewhere and that may show that it's effective. Still, you have to wonder how many of the 3375 people in the ICU will make it out and what happens when ICUs run out of space.
Update: Local reports are France say officials have authorized the use of chloroquine.
ForexLive