US drops Switzerland and Vietnam from FX manipulator designation status

That's a reversal from the prior report

The semi-annual report is out from the Treasury Dept.
Switzerland was named a currency manipulator in Mnuchin's final report, which was released in December and was a bit of a hand-grenade thrown to the new administration.
In any case, Switzerland shrugged it off and now Yellen has reversed it. USD/CHF was largely unbothered by the initial designation and it hasn't moved on this new report: 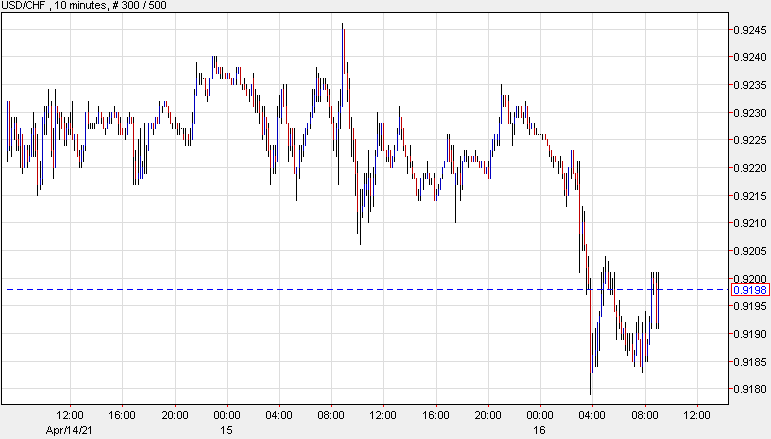 Switzerland remains on the designation list for enhanced engagement, along with Vietnam and Taiwan. That trio meets all three tests for manipulation but the Treasury, in a jump in logic, says that it's possible to meet all three tests without being a manipulator.
On the 'monitoring' list for currencies are the usual names:
Two were also added in Mexico and Ireland.
Regarding China, the Treasury urged officials there to improve transparency around FX intervention activities, particularly in the offshore RMB market.