Gold threatens first break of the 200-dma since March 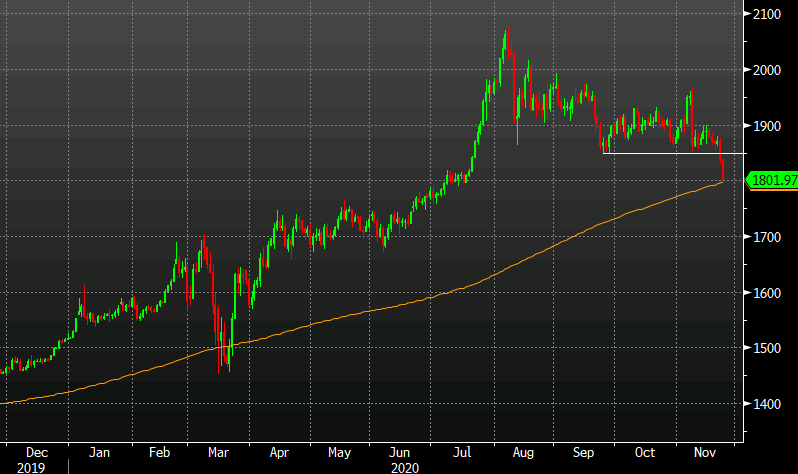 Gold broke the $1850 double bottom yesterday and has continued to fall. It's down another $35 today to $1802 and is now flirting with a pair of important support levels. The first is support at $1800 and the second is the 200-day moving average, which is at $1796 today.
Those are going to be a good barometer for the state of the market. If we can't get at least a bounce from those levels, then the market is turning on gold in a pretty dramatic way.
I will highlight a few things:
1) US stimulus is still likely
2) The seasonals begin to be very positive for gold in December
3) The December 16 FOMC meeting is in play
On that meeting, BMO says the odds still favour more action:

"The operating assumption remains that the FOMC is more likely than not to follow through with an extension of the [weighted-average maturity} of QE purchases on December 16."