The strong trends have been weaker lately 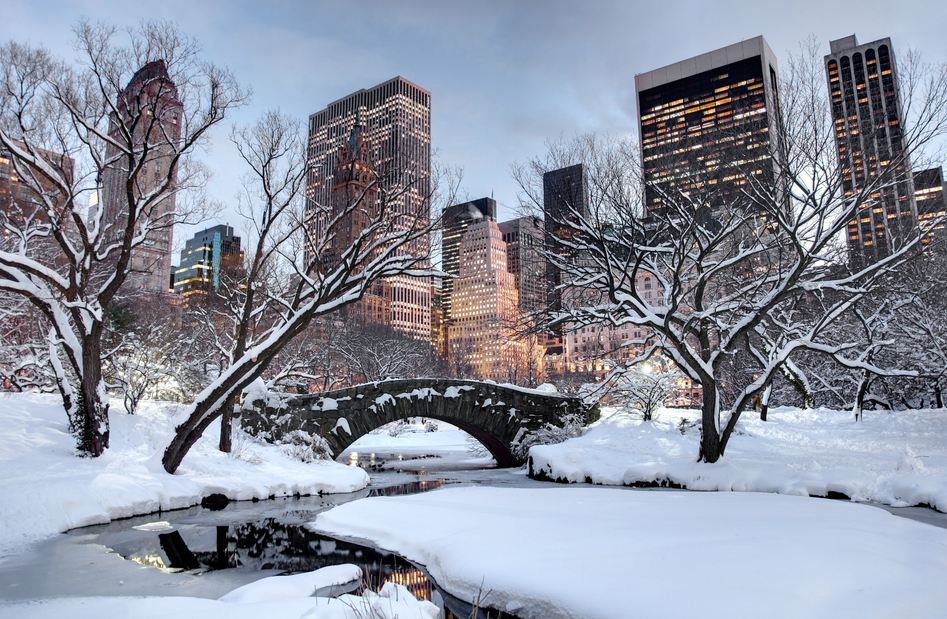 Welcome to January.
The first month of the year is one where genuine seasonal factors come into play. The close of books for year-end followed by the start of a new year sends money sloshing around.
In stock markets, the January effect is a poorly understood phenomenon. The traditional line of thinking is that stocks rise in January as money comes into the market but the data doesn't bear it out, especially lately.
In the past decade, the S&P 500's average performance is -0.49% in January and even if you strip out a rough 2009, that rises to just +0.4%.
What's especially important to remember is that the entire 'effect' is really confined to just the first few days of the year so by early next week, it may already be time to sell.
In addition, it's a bit of a risk takers' market where:
So the overall theme is that market participants are in the mood to gamble, so try to lean against that inclination.
Here are some trends:
It's the second-weakest month for AUD and CAD
The problem here is that for the past three years, this trade has backfired. Both finished 2019 strong and the temptation is to extrapolate things that worked well late into the year into the new year but that's rarely a good idea. Given the mixed picture in the seasonals here, I'm not taking any kind of a signal for the recent or longer-term trend.
It's the best month for gold 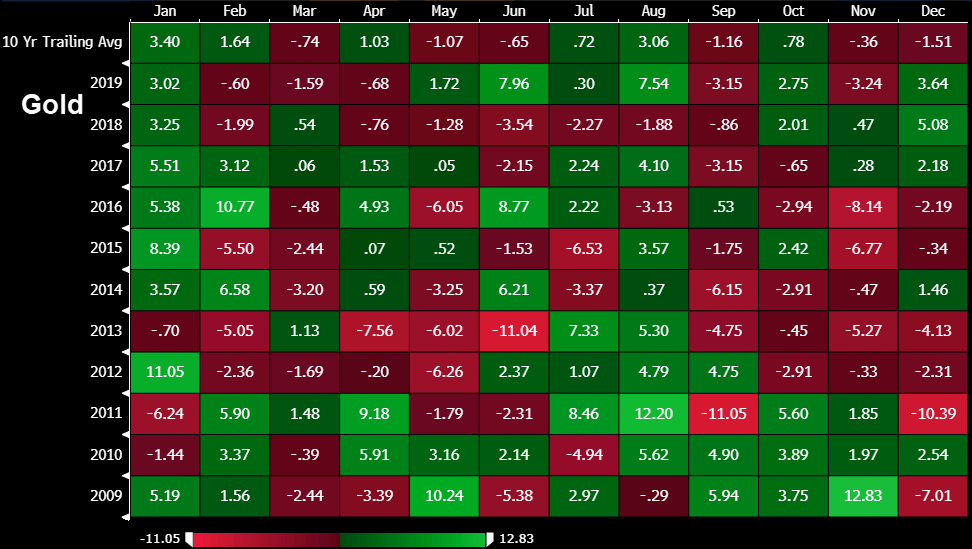 I've written about this for as long as I've written about seasonals. As I wrote in December, the trade is to front-run this and that paid handsomely already. The trend continues into February but I wouldn't hesitate to close it out sooner. The January effect for gold is probably the best and most consistent seasonal trade I know of.
It's the second-weakest month for USD/JPY
I've seen some talk about this lately with a few well-publicized notes making the rounds. Perhaps that's what is dogging this pair today because the effect is especially strong early in the month.
The weak run for natural gas continues
For the past few years there has almost never been a bad time to sell natural gas. They're producing so much of this in the United States that it's worthless in many places. Flaring is a crime against humanity and I expect it will become an election issue.
Oil weakness is in play
The December-January period is weak for oil but the general softness in the Nov-Jan period for oil hasn't appeared at all this year, in large part because of OPEC fighting back. At this point, I think it's better to start looking to the positive seasonal trend in oil from Feb-April and look for a dip to buy.
For a recap of how the seasonal trades did in December, see the December seasonal scorecard.
ForexLive