Some explanation for the moves in the euro 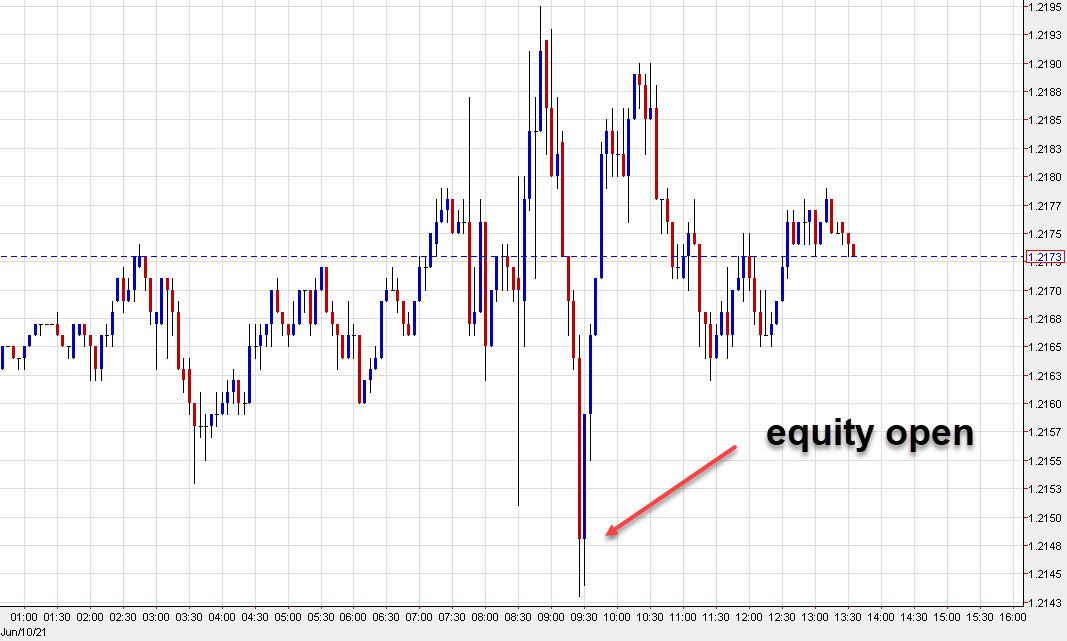 Fundamentals can't explain much of what happens in FX, particularly on a day-to-day basis. The CPI numbers were clearly a driver today but there was a second big wobble in the US dollar at the equity open.
One idea that's doing the rounds is that corporate flows from Just Eats' acquisition of GrubHub could have been behind the flows. Shareholders of the Dutch company approved the $7.3B deal today with the deal to close on June 15.
Oftentimes those deal flows are either hedged or executed when a deal is announced, but not always. I would think EUR/USD could swallow $7.3B a little more easily than that and it certainly could have been executed more delicately, but oftentimes when there's a big wobble in FX, the real story is that it was just someone hitting the 'sell' button for reasons that have nothing to do with CPI, the Fed, vaccinations or growth.
Invest in yourself. See our forex education hub.