October forex seasonal scorecard: Was no one expecting cold weather?

Did the seasonal patterns work in October

At the start of the month, I wrote about 5 seasonal patterns that made for good trades in October. The results are good but they also show just how tough it is to manage risk.
1) AUD/USD longs 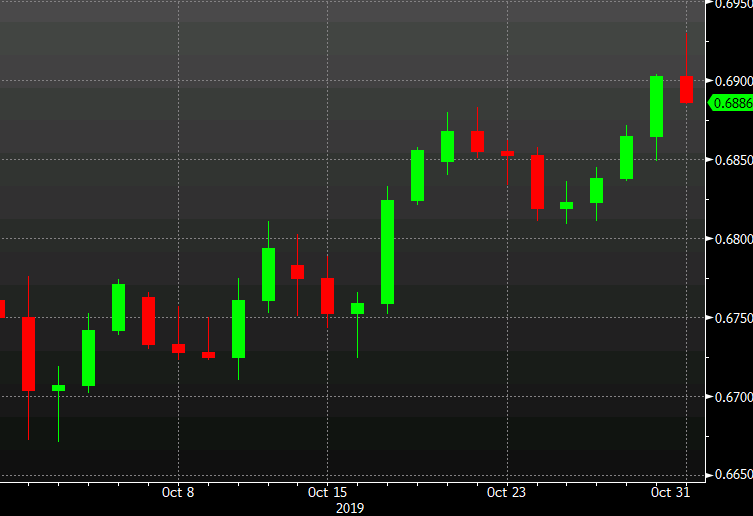 This was a winner. AUD/USD was up 2.7% from when I wrote about it. It went up almost in a straight line...almost. There's a small caveat in what I wrote:
AUD/USD is 25 pips off the lows today and back above a triple bottom near 0.6700. If that can hold there is a good risk-reward trade in AUD/USD longs with a tight stop
The next day the low was literally one-pip below October 1. If you were to have put that stop a little too tight, you might be looking at this chart right now and seething.
But overall, AUD/USD longs in October were certainly a seasonal winner.
2) Beware the dollar bulls
This wasn't such a good trade and it highlights the other side of risk management. The dollar index fell 1.8% in the month and it was never really in the money. That breaks a streak of five years of October gains. On the technical side, there was some opportunity to manage risks with the break of the uptrends since June but this was largely a fundamental story with Trump backing down in the trade war and the Fed continuing to signal a cut (something I highlighted as a risk).
Overall, this is a loss.
3) Stocks like October and beyond
I wrote that October is the best month on the calendar for US stocks over the past decade, featuring a 1.37% average gain. Even with today's dip, the index outpaced that in 2019 with the S&P 500 up 1.71% month-to-date.
Verdict: Another solid win.
4) Bitcoin longs 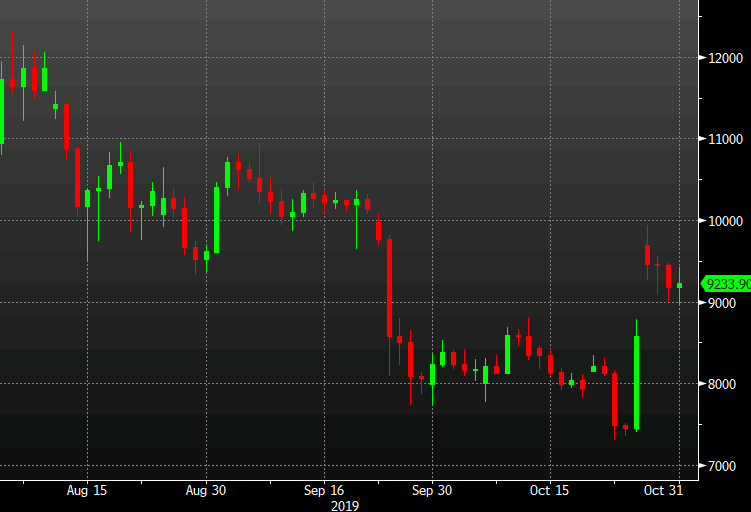 I like seasonals, but applying them to a boom-bust market like Bitcoin is probably a mistake in general. But it wasn't this year. Bitcoin gained about 11.5% in the month. Now you may argue that seasonals had nothing to with the gain and that anyone with a shred of sense would have had a stop busted at $7700 and I would most-certainly agree with you.
But hey, the seasonals won out in the end.
5) Natural gas
I believe this is a true seasonal trade and (as you might be able to tell from all the writing about natural gas I've been doing lately), I was heavy into this trade myself. It took awhile, but it finally paid off in a big way this week with a huge rally. Why I believe in this one is because the gains are about cold weather. Here's what I wrote in the seasonal piece:

That sounds stupid. You would think markets would anticipate cold weather in the fall...but here we are. It wasn't a snowstorm in the Northeast but a cold-snap in Texas but it's always cold somewhere in October.
Overall, it was another great month for the seasonal trades with wins on four out of five. I'll have the November seasonal package up tomorrow.
ForexLive